Between Takes by Morgana Bevan blitz with giveaway 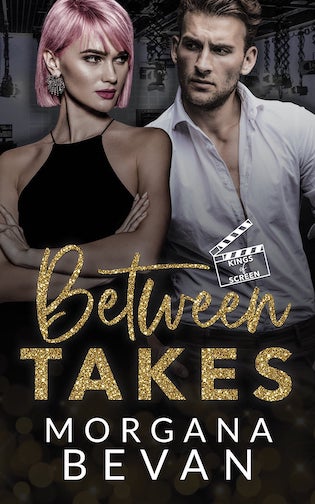 “So I’m clear: you want me to babysit an off-the-rails actor for six months?”

When life hands you lemons, you make lemonade.

Or, at least, that’s what I’m telling myself.

My family moved, my ex took my friends when he left, and my job is suddenly uninspiring. There’s a silver lining in here somewhere, I’m sure…

It comes, eventually, in a strange package; a last-minute job that’s slightly outside my comfort zone, a long way away. Dealing with a movie star can’t be that hard, can it?

He’s hot, of course. And a mess, no doubt. Hates me and wants to be left to self-destruct alone, apparently. But it’s my job to turn it around, turn him around and when I find myself falling for more than just the job, it gets tricky.

The lights are better here, more magical, and I’m not sure if it’s his lack of charm or the prospects for the future but I can almost taste that lemonade… or can I?

Between Takes is a slow burn steamy enemies-to-lovers, boss-assistant romance. It is the first book in the Kings of Screen series. If you enjoy irresistible damaged heroes and take no-nonsense heroines caught in a workplace romance, you’ll love Between Takes.

Only 99c for a limited time!

“I don’t need a babysitter. I’m handling it.” He dragged his hands through his thick brown hair, tugging at the ends a little too hard.

They so would – or so Sherry said.

Apparently, he wasn’t the easiest person to handle on set. Just two weeks into a gruelling six-month schedule and Shaun had already alienated half the crew. The producers had been amicable to start, but now they’d started to see that their chosen star was driving them into the sun.

The fight drained from Shaun’s shoulders and the tension bled out of him. Moments later, he slumped against the doorframe. His eyes scanned slowly up my body, and something about his unfocused but softening gaze made goose bumps break out along my arms.

My boss was checking me out.

It lasted for all of five seconds, and then my spine stiffened and I folded my arms across my chest. With a leisurely pace, his eyes rose to my hard face. He smirked before focusing his attention back on Sherry.

I was fairly certain Sherry wouldn’t agree with his estimations. He tensed and I barely stopped myself from smiling in triumph.

“Are you fucking serious?” His eyes fixed on me, eying me like whatever threat Sherry had issued was entirely my fault. Given her desperation to get me here, I was fairly certain it was a threat. I glared right back at him. “Pretty sure I employ you, Sherry. Are you enjoying the beach house my fee earned you?”

Oh yeah, entitled asshole alert. Somebody had forgotten his roots.

My research said Shaun Martin didn’t come from an acting dynasty. He grew up in a small working-class South Wales town, went to a secondary school. If the critics were to be believed, he was a natural talent. He’d never had acting lessons, no Sunday drama clubs or drama classes in school. With all that, you’d think he’d be a bit more humble.

“I’m telling you this won’t work, but whatever.” His lip curled like a sullen child’s. All he needed to do was stomp his foot and the image would be complete. He grumbled one more time then hung up.

Shaun clattered down the steps and sauntered towards me. I tensed and eyed him like the shark he was. He took the coffee from my rigid hands. I was rather proud of myself for keeping the damn thing intact all this time.

“What did you say your name was?”

This close, I had to tip my head back to meet his eyes. I wasn’t short by any stretch of the imagination, but he made me feel tiny and vulnerable. Not a thing I’d ever wanted from a man. And I wouldn’t start wanting it now.

“Fine, Mona. It looks like you’re my PA.” He sipped the coffee, pulling a face when it hit his tongue. I hated lukewarm coffee too.

He lowered the cup and fixed me with a glower meant to make me sink into the dirt, I’m sure.

“Ground rules: Stay out of my way and we’ll be fine. Take my calls. Your number one job is to keep the producers and my agent away from me. Clear?”

Not bothering to wait for a reply, he turned around and walked back to his trailer. I followed him, disbelief and outrage warring for control of my mouth. Outrage won.

“No dice. I’ll do my job.” My firm tone caused him to spin around, a quirked eyebrow raised. “I’ll keep you on track and that includes keeping you out of a bottle and attending creative meetings with the producers who took a massive gamble on your falling star. My job is to get you through this show in one piece and make sure you’re still hireable.”

“Now, wait—” he started, but I raised my hand, cutting him off. His mouth hung open in shock.

“You may not like me. Or the situation,” I continued, raising my voice to discourage any more interruptions. “But I’m what you’ve got. It’s me or a huge fee when you fail to complete this show and maybe the end of your career as you know it. You have no choices left.”

His lips flatlined as my meaning sank in. If he didn’t get his act together soon, he could kiss his A-list status, and all the perks that came with it, goodbye. If he fucked up this show, he’d be too much of a liability for any of the big studios or production companies to take the risk.

With my speech done and my position clear, I waited. And waited some more. He observed me. His hard gaze bore into me, searching for a crack. I didn’t so much as flinch.

“Fine. It’s you. Now do your job and leave me the fuck alone.” Shaun spun on his heels and bounced up the steps.

The door swung shut behind him again.

Oh no, he didn’t. I stomped up to his door and slammed my fists against it. Not looking for a repeat of the last time, I backed away fast. Taking a deep breath, I squared my shoulders and put on my best “don’t fuck with me” mask and waited.

The door flew open, slamming back against the trailer.

“You’re in make-up in five minutes.” I was rather proud of my cool, calm tone.

“No. It’ll take you five to walk there. You leave now.”

His eyes skimmed my body before returning to my firmly set face.

“You’re a hard-ass. Anyone ever tell you that?”

With a grim smile, I crossed my arms and waited.

At that, Shaun Martin sighed and clattered down the steps before following me to make-up like an obedient dog.

But I wasn’t fooled. 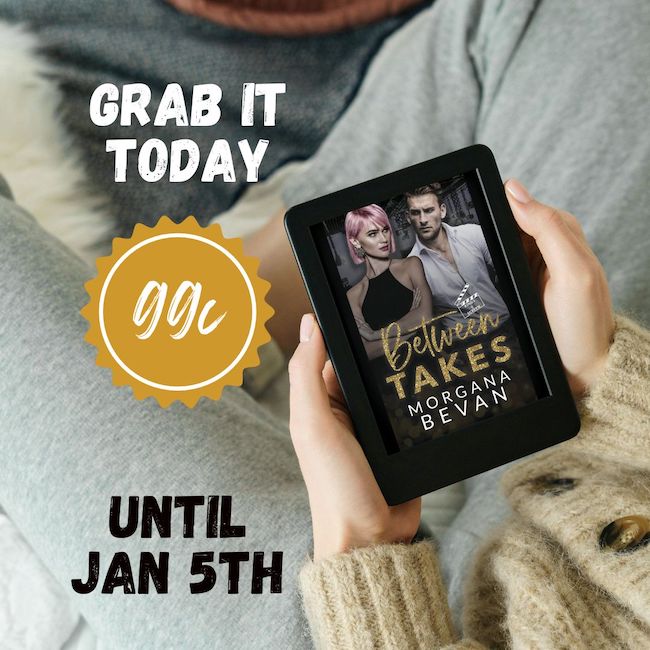 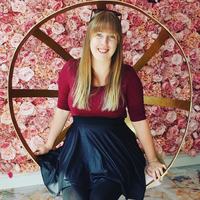 Morgana Bevan is a sucker for a rock star romance, particularly if it involves a soul-destroying breakup or strangers waking up in Vegas. She’s a contemporary romance author based in Wales. When Morgana’s not writing steamy rock star and movie star romances, she’s working in TV production in the UK.

When not writing, she enjoys travelling, attending gigs, and trying out the extreme activities she forces on her characters.