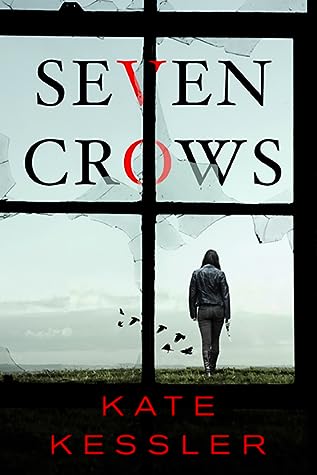 An ex-con tracks down the men who have kidnapped her niece in this gritty and visceral thriller.

Killian Delaney has a skewed moral compass, a high threshold for pain, and has just been released from prison to discover that someone has taken her niece.
Killian does not hesitate. Loyalty is the most important thing in her life, and when she gets a call from her sister saying that her daughter is missing, Killian immediately begins hunting down the men responsible.

She quickly discovers her niece was involved with a notorious biker gang who are engaged in everything from drugs to human trafficking. And to make it worse, the man who sent Killian to jail, the one she nearly beat to death, is at the center of it all.
To save her niece, she’ll need a plan. A smart, quick, and efficient one. Because she’s going to do it right this time. She’ll burn them to the ground.

Seven Crows by Kate Kessler is the first book in the thrilling Killian Delaney series. While the character development in this first book of the series will carry over into book two this one actually could be read as a standalone if choosing to do so.

Killian Delaney is a tough as nail ex-con that doesn’t regret her crime in the least. Killian had beaten a man within an inch of his life and would do it again in a heartbeat. After nine years of serving her time Killian only wants to keep her nose out of trouble and go about her life now that she’s out on parole.

When Killian gets a call from her sister that begs for help to find her niece Killian knows just who is responsible for the kidnapping. Forgetting about her parole Killian knows the man she went to jail over is at the center of a notorious biker gang and she will do nothing to find him and get her niece back before it’s too late.

Seven Crows is not the first book I’ve read by Kate Kessler, a few years ago I picked up her Audrey Harte series and really enjoyed the grittiness of her lead character. Killian has that same tough and dark side to her but instead of being a criminal psychologist Killian is a criminal herself.  Killian story however is one that makes you want to side with her to take down the bad guys. Now the whole gang type of story isn’t exactly my favorite but so this opener of the series only rated at three and a half stars but I’d be interested to come back to see how the series develops with this new kick ass lead. 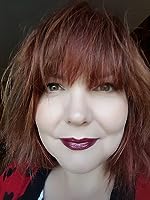 As a child Kate Kessler was known for a strange addiction to soap operas and for making ludicrous demands of Santa Claus. A former delinquent, Kate now prefers to write about trouble rather than cause it, and spends her day pondering human behavior with her four cats. She lives in New England with her husband, of whom she tries not to make ludicrous demands. She can be found on Twitter: @KessMeKate, Facebook: https://www.facebook.com/KateKesslerAuthor/ or at http://www.katekessler.com.