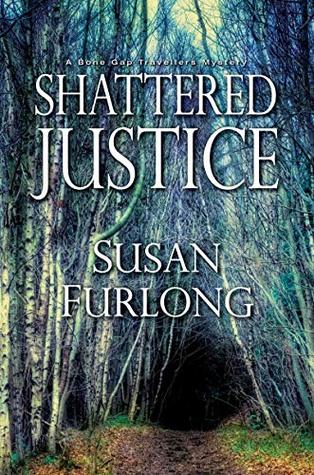 The first message is found in a playground. A few feet away, a  pair of human ears hang from the monkey bars. Deputy sheriff Brynn Callahan isn’t sure what to make of this grisly scene. Do the ears belong to a murder victim? And if so, where is the body? One thing Brynn is sure of: the earring on one of the earlobes belongs to a man she met at a party the previous night.  . .

The second message is discovered next to a human tongue on a park pavilion. Once again, no body is found. Brynn can’t help but wonder if the crimes are rooted in the town’s long-simmering tensions between Bone Gap locals and the barely tolerated Travellers who’ve settled there.

For Brynn, the investigation hits too close to home—forcing her to confront the demons of her own past. But time is running out. Brynn has to track down the culprit before a third message is delivered—and a third victim is claimed. Rich, atmospheric, and brilliantly chilling, Shattered Justice is the third Bone Gap Travellers novel from the acclaimed author of Splintered Silence and Fractured Truth.

Shattered Justice by Susan Furlong is the third novel in the thrilling Bone Gap Travellers series. Each book of the series has had it’s own main case to be solved so this could be understood as a standalone. However, there are some things that have carried over from book to book that make reading from the the beginning the best option.

This series is set around a group of Irish Travellers that have settled in Bone Gap, Tennessee in the Appalachian Mountains. After events in her past Brynn Callahan left the group to join the Marines but now after an IED explosion has left her injured she’s returned with her cadaver dog, Wilco. Being ex-military and also a travellers herself Brynn has taken to working with the local police to be a bridge between the traveller community and the locals.

Shattered Justice has Brynn once again called in to help with her dog Wilco when a severed pair of ears are found without the body they belong to. Once Brynn arrives however she does recognize the earring still attached and thinks she knows the victim who happened to be with a friend of hers the night before. With Brynn’s friend an immediate suspect she becomes even more determined to solve the case.

Once again the author did a wonderful job of taking on the setting of this group of Irish Travellers in the mountains. With every page there was tension set with anticipation as the story went deeper into the murder mystery and the world it was set in. Brynn is one very flawed character after her time in the military along with her dog Wilco as they both pull emotions from the reader with their struggles. However,  despite the flaws Brynn is one tough cookie that I’ve come to enjoy following and would continue to join in her journeys. 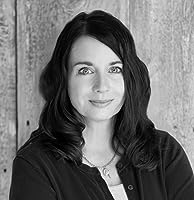 Susan Furlong the author of several mystery series including the acclaimed Bone Gap Travellers series. She also contributes to the New York Times bestselling Novel Idea Mysteries under the pen name Lucy Arlington. She has worked as a freelance writer, academic writer, ghost writer, translator, high-school language arts teacher, and martial arts instructor. She and her family live in central Illinois. Visit her on Facebook or at http://www.susanfurlong.com.