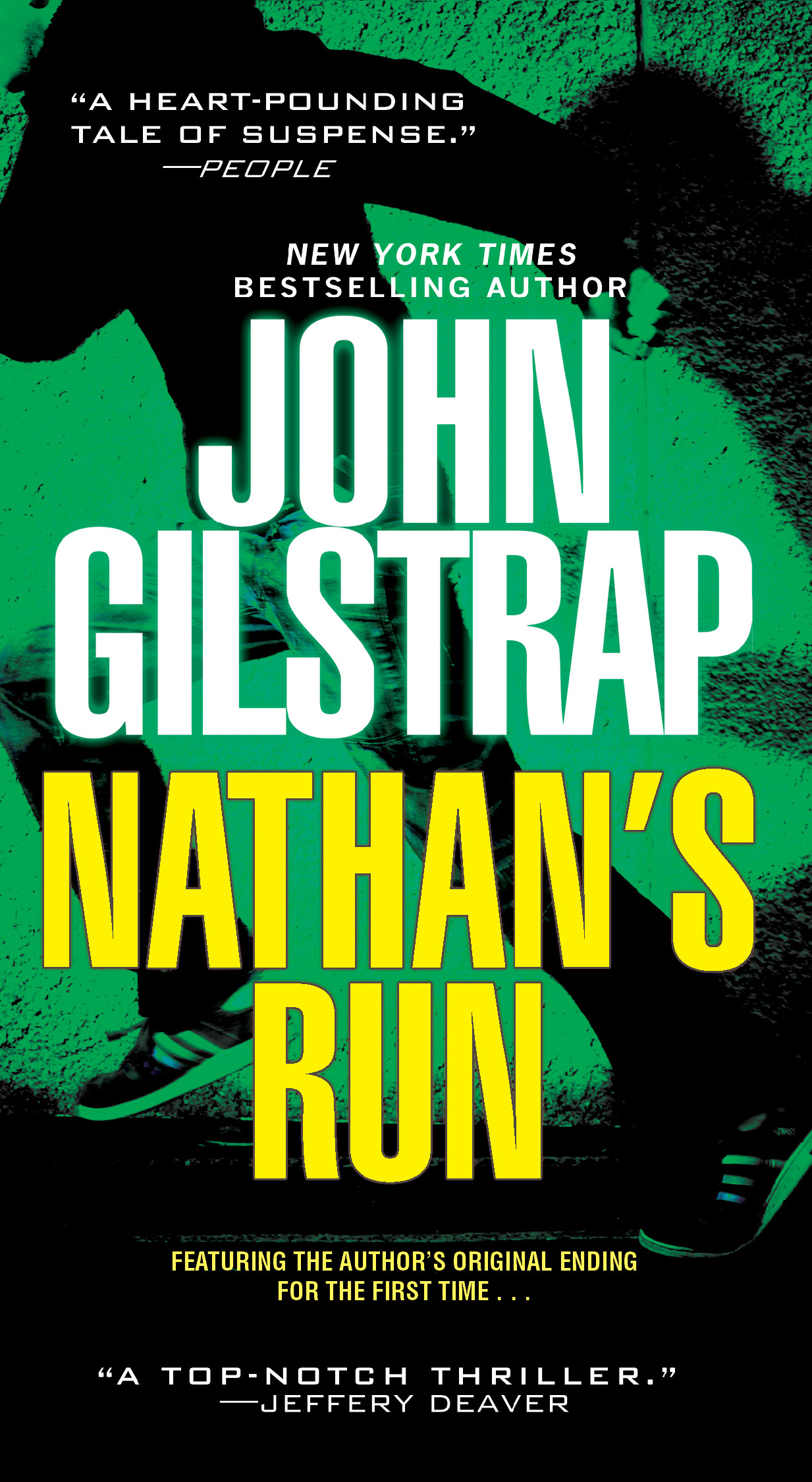 It begins with a savage killing at a suburban Virginia juvenile detention center, but nothing is as it seems. Accused of murder and branded a cop-killer, Nathan Bailey becomes the target of a nationwide manhunt led by homicide Lieutenant Warren Michaels, himself a grieving father.  What no one knows is that the real killer is a mob hitman, and that Nathan is his next target.

Alone and desperate, Nathan has nowhere to turn for help but a sharp-tongued radio talk show host who has already pronounced him guilty to her national audience.  Thrilling, violent and achingly poignant, Nathan’s Run will touch the heart of anyone who’s ever faced seemingly impossible odds.

With a New Author’s Note

Nathan’s Run by John Gilstrap is a thriller that was originally published in 1996 and is now being republished. With the main character of the story only being twelve Nathan’s Run was considered a young adult thriller however the content was very much adult and mature so that has landed the book on many a ban list in the last twenty years. This new publication of the novel has cleaned up the content a bit making it more young adult friendly but the story is still one for a more mature audience.

Police are called in to investigate a savage killing at a juvenile detention center in Virginia and upon first inspection the suspect in the killing is twelve year old Nathan Bailey. After the guard had been found murdered it was found that Nathan was also missing from the facility leading to a hunt to find him.

Nathan had ran but the situation wasn’t as simple as the police seemed to think it had been. Instead Nathan had only defended himself and ran away scared but now with everyone looking for him and no one believing he was innocent of the crimes he was originally accused of Nathan doesn’t know who to trust and turns to a call in radio show to hear his side of the story.

Having read a few books by John Gilstrap before I came into this with certain expectations and immediately found them true, the story was once again a high octane thriller that begins immediately and keeps the fast pace throughout the book. Even with a twelve year old lead the book should appeal to adults as the content is still an intense thrill ride with mature content. Definitely another intense, edge of your seat read from this author that has me looking forward to picking up more.

When John Gilstrap’s first novel, Nathan’s Run, hit the market in 1996, it set the literary world on fire. Publication rights sold in 23 countries, the movie rights were scooped up at auction by Warner Brothers, and John changed professions. A safety engineer by training and education, he specialized in explosives and hazardous materials, and also served 15 years in the fire and rescue service, rising to the rank of lieutenant.

That “first” book was really his fourth, and that one call from an agent (after logging 27 rejections) changed the trajectory of his life. Twenty books and seven movie projects later, it’s been a good run, and it’s still running. But his career track looks more like a sine curve than a rocket ship. There were lots of setbacks along the way. At one point, his writing career appeared to be dead. Then came the comeback.

John has spoken at events across the country, most recently at the Pike’s Peak Writers Conference in Colorado Springs, and Rocky Mountain Fiction Writers in Denver. In February, he will be the keynote speaker at the annual meeting of the California Association of Teachers of English in Los Angeles. His YouTube channel, “A Writer’s View of Writing and Publishing” has over 1,700 subscribers and more are coming aboard every day.

Outside of his writing life, John is a renowned safety expert with extensive knowledge of explosives, hazardous materials, and fire behavior. John lives in Fairfax, VA.