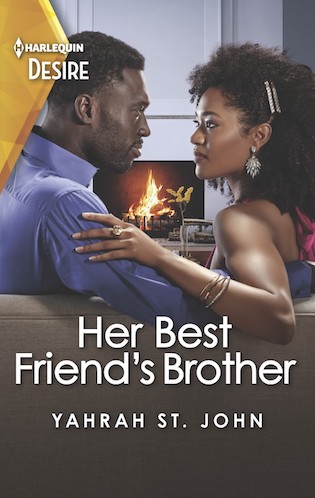 Their fiery affair fulfills her fantasies…

And puts everything at risk.

And when they meet again months later, they begin a sizzling affair. Wynter knows Riley doesn’t do love and marriage, but her youthful crush is feeling more and more like a real relationship. If she’s not careful, Wynter may put more than her relationship with her best friend on the line. Can she survive falling in love with the one man she was never supposed to touch?

Riley brought Wynter to his bed. He wanted to make love to her properly. That first time in his living room had been a feverish coupling because of the intense attraction they felt. But now, he wanted to take his time. If tonight was all he had, he wanted to show Wynter how much pleasure they could have together.

Wynter wasn’t some naive virgin. She returned his touches and kisses and showed him she knew exactly how to make him moan. And when she wanted to be on top, Riley let her without hesitation. She was skilled and brought them both to a culmination that had Riley seeing stars.

Eventually, they took a shower together, but even that turned into a sensuous glide of naked bodies that kept them up until the wee hours of the morning. Afterward, Riley fell into a deep sleep, which was unusual for him. For years, he’d never been able to get more than four or five

hours of sleep because, when he was a teenager, he’d been on high alert. He had to make sure his mother was okay and wouldn’t harm herself. The pattern stuck when he went to college and then, later, law school. The long nights of studying to stay on top and be the best took their toll until Riley didn’t need much sleep to operate.

But last night, he’d slept like a baby because he’d had Wynter’s lush body wrapped around him. However, awakening this morning, something was very clear.

He was in bed alone.

Sometime in the early morning, after they’d just had the best sex of his life, Wynter had slipped away from his bed. Riley sat upright. That had never happened before. He was used to being the one who left, not the other way around.

Riley didn’t know whether he should be offended or not. Or perhaps Wynter hadn’t been as satisfied as he thought last night? No, he shook his head. Women could fake it, but Wynter hadn’t faked a moment of their intimacy. He could tell. She was responsive and very vocal about what she wanted. She hadn’t been afraid to take charge of her pleasure or his.

Riley groaned when he thought about the way she’d wriggled down the bed last night to position her head close to his groin. The way she’d run her fingertips over his erect shaft. Her touch had been featherlight, as if she’d reveled in the sensation of having him at her mercy. He’d been enthralled, and rather than fight it, he’d given in. She’d bent her head, taken him in her mouth and sucked him.

Afterward, she’d raised her head and given him a triumphant smile, all the while licking her lips as she caught a drop she must have missed.

At least he would always have the memory of their one hot night. But, in the back of his mind, Riley would always wonder what might have happened if she had stayed. 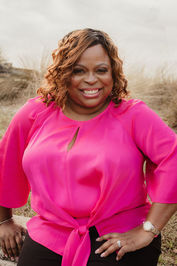 Yahrah St. John is the International author of forty books. She became a writer at the age of twelve when she wrote her first novella after secretly reading a Harlequin romance. Throughout her teens, she penned a total of twenty novellas. Her love of the craft continued into adulthood. She’s the proud author of thirty-nine books with Arabesque, Kimani Romance and Harlequin Desire as well as her own indie works.

When she’s not at home crafting one of her spicy romances with compelling heroes and feisty heroines with a dash of family drama, she is gourmet cooking or traveling the globe seeking out her next adventure. For more info:www.yahrahstjohn.com or find her on Facebook, Instagram, Twitter, Bookbub or Goodreads.