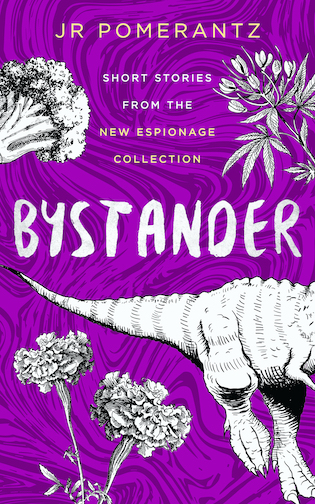 Can you survive the new espionage?

There are no sidelines.

There are no boundaries.

In the new world order, there’s no such thing as an innocent bystander.

The Terrifying Importance of Mental ealth Jesse’s suffering from synthetic broccoli’s surprise side effects. When he gets hospitalized with both its victim and perpetrator, who will pay the ultimate price?

T-Rex The Deputy Administrator of the State Department has a bone to pick with the Secretary of State, and they both might be fossils.

Golden Boy 144: Marigold Baby Jalia helps Harper give birth in the depths of their corporate greenhouse. Will the labor interrupt their labor long enough to get both of them fired?

The Farm When their visit to their older brother’s pot farm turns deadly, Michael and Baxter fight for their lives in the Northern California woods.

Golden Boy 288: Marigold, Baby Only Jalia knows whose image is manifesting in the mysterious marigolds of Fulfillment Center 6. Can she and Harper keep it a secret from the rest of the greenhouse?

Maury Always Makes It After Maury’s son-in-law goes missing at sea, he and Rico take the investigation into their own hands. Can two elderly alcoholics get to the bottom of a deep-sea fishing mystery?

The Sucking Clarity of Mental ealth The battle at Hampton Behavioral Health Facility continues. With synthetic broccoli on the menu, justice can’t be served.

Bystander is your first peek at the subversive, satirical, smart-mouthed New Espionage Collection.

Brace yourself to enter the terrifying near-future of synthetic food, mind control experiments, and one man’s battle for justice against a bad broccoli.

Several of us were gathered in the television room, waiting for the third and final cigarette break — the last activity of the day. We were all watching NBC Nightly News with Lester Holt, a preferred television program of the infirm, it seemed. I was reflecting on how bad the astigmatism in my right eye had gotten since my admittance to the Hampton Behavioral Health Facility, and I was thinking about what I would say to Lester Holt in a live television interview as I watched NBC Nightly News with my left eye closed.

Lester Holt: Are you the spokesperson for your generation?

Then I reach out.

And I throttle that poor, trustworthy news anchor.

This particular Nightly News segment was a follow-up to a story they had done earlier in the year about the instances of encephalitis in frozen broccoli, the subsequent cover-up by the agricultural conglomerates, and, ultimately, the manufacture of synthetic broccoli. This Nightly News segment included an interview with The Executive Agricultural Secretary of the United States.

The interview illuminated several things, important to me personally:

Slowly, I put one, two, and three together, but I only arrived at a sum total of five. I blamed the medication for this.

Meanwhile, The Man Who Ate the Letter H, my roommate at the Hampton Behavioral Health Facility, had leapt upon The Co-Executive Agricultural Secretary, I mean, like right up onto his knees, screaming and shaking him by the sweater vest. I marveled at his balance and tried to ignore the one-sided fighting.

The Co-Executive Agricultural Secretary was still just babbling and shaking his head. Even now, I was adding things up and I still didn’t know what was happening.

Later on that night, The Man Who Ate The Letter H told me everything.

in Bystander: Seven Stories from the New Espionage Collection 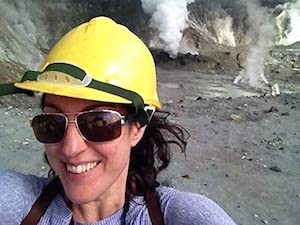 JR Pomerantz was raised in New Jersey, moved sixteen times, from Albuquerque to Kabul, and now resides in Silver Spring, Maryland. Hobbies include using all the forms of transportation in the world, flamenco guitar, and knitting. She hopes to one day own and operate a coffee farm, or at least live on one. Or near one. Just down the road, maybe. She won’t pop in every day to say hello.