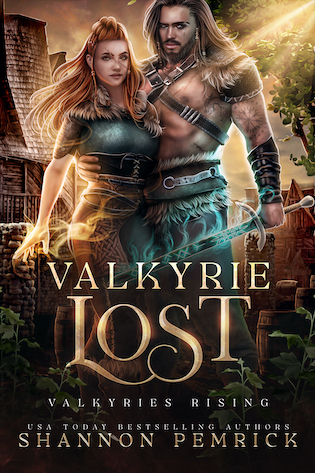 As the god of war and bringer of order and justice I can have anything. Except one mortal woman.

I came to Astrid’s prayer for justice. Why, I didn’t know. I should have left after that, but I didn’t. Something about the mortal woman lured me like no other had. It was wrong, I knew that. I should have allowed her to live out her short years as they were intended.

Yet, not even I am a match for a yearning heart.

From shared drinking horns to unforgettable nights, I am determined to bring her the honor she deserves, just as she has sworn to shield me from the horrors of the world. But when trouble amongst the gods stirs, Astrid may just pay the price for my transgressions.

And the price for spilling the blood of my valkyrie, is one too steep for any god.

Valkyrie Lost is book 1 of a trilogy within the Valkyries Rising series. While an MF fantasy romance, it is only the beginning of a slow-build, reverse harem story, told through paranormal romances Valkyrie Renewed and Valkyrie Freed. Valkyrie Lost takes place before any events in the Legacy world (Valkyrie’s Legacy, Neon, Valkyries Rising). 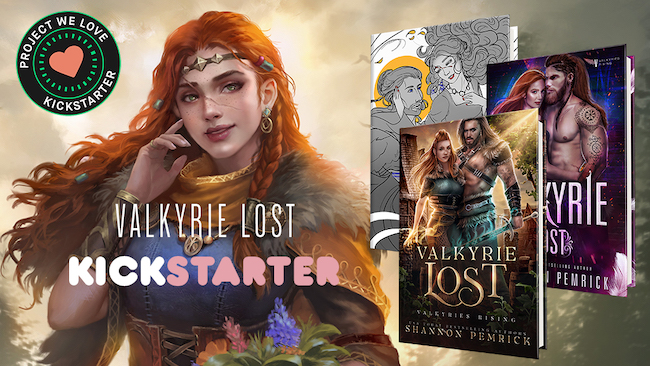 BACK THIS KICKSTARTER PROJECT TODAY!

Just before I reached the front door, it flew open and Ilka exited my family home. When she spotted me, she gave me a smug smile. I ignored her, gaining an indignant huff, though based on the following offended sound and her storming off, Týr had as well.

I slowly approached the now-open door, straining to listen. The jarl was ranting.

“They parted ways!” he shouted. “Parted ways when they reached the center of the village. They were supposed to go out together, not leave because—”

“Because Týr showed up,” my father said. “Your son is smart, Rune. He won’t push a matter that he won’t win.”

The jarl snarled. Actually snarled. I’d heard rumors he might be a berserker—warriors capable of transforming into bipedal wolves or bears, with enhanced strength and other senses—but now I was wondering if that were true. “And we had an agreement, Bjǫrn. You and Randi help me obtained the jarl position and I make sure your family has high favor and be just as well-off. Then we’d marry our eldest daughter and son each to solidify our alliance.”

My father sighed, as if they were rehashing a conversation, yet again. “I’ve honored half of it with Leif and Frida’s marriage. But as I’ve told you, things have changed with Astrid. I cannot agree to marry her to your son until I have confirmation.”

My brow lifted. Confirmation about what?

“Stay out of this, Randi,” Jarl Rune snapped. “Your predictions can be wrong.”

“And you only began pushing this marriage issue when Astrid’s magic finally manifested.” My mother’s tone had a dark edge to it. “You were content to allow your eldest son to pursue another alliance until that moment. What does that say about your desire to uphold our previous agreement?”

“Watch your tongue, volva, or I’ll rip it out of your mouth personally.”

My hands balled into fists and my lip curled. A muscle in my neck twitched in rhythm with the rising pulse pounding in my ears. How dare he talk to my mother that way.

Wood scraped on wood. “I will tell you this once, Rune, out of respect for our friendship. If you ever speak to my wife like that again, I will turn you into a bleating mare.”

I choked on a laugh, my anger cooling. My father certainly has a set of balls.

As entertaining as some of this was, I needed to give my parents a break from the jarl’s anger.

“Father? Mother?” I called out, approaching the door. “I’m back.”

I poked my head inside to find my father and Jarl Rune standing toe-to-toe in a glaring contest. My mother sat at the table watching with a bored expression, and Leif was nowhere to be seen. Probably off with his betrothed.

“Did you get everything?” my father asked me without looking away from the jarl.

“No, not everything, but I do have something extra,” I said. “Plus, we have a guest.”

My mother’s attention snapped up and my father finally looked away from the jarl. The jarl also turned at the same time to see me leading Týr into the house. He had to duck low due to his height, and the bear only made it a little more complicated.

My mother gasped and my father’s brows shot up. “Týr, I do hope our daughter didn’t cause you any trouble.”

Týr smiled. “She never does. Only keeps my life interesting.”

My father nodded approvingly. “Randi, I think bear would be better for tonight’s meal than fish.”

He smiled at my mother. “I would be happy to.”

“Jarl Rune, will you be joining us as well?” I inquired, only out of politeness. I knew by the frustrated look on his face what his answer would be.

The jarl shook his head. “No, I must be returning home. However, Astrid, I have a question for you.”

“Yes, what is it, Jarl?” I could handle this scrutiny.

“Was my daughter correct in telling me you and my son parted ways in the village?”

I blinked, putting on my best innocent act. “Yes, that’s right. Father said I only had to go into town with him.”

I could see my father trying to bite back a proud smile in front of our jarl.

“But you didn’t insist he join you with your tasks outside the town, as I had requested?” the jarl pushed.

Before I could speak, Týr did. “You have an intelligent son, Rune. He knows quite well who he can and cannot compete with.”

I swallowed and squeezed my legs together at the possessive sound to his words.

Jarl Rune sucked in a tight breath and then nodded. “I should be leaving. Have a good day, all of you.”

He left without even a glance back, and slammed the door behind him. 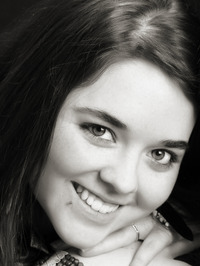 USA Today bestselling author Shannon Pemrick is a full-time slow-burn romantic fantasy author, fuller-time geek, and unrelenting dragon enthusiast. She owns too many novelty mugs, not enough chocolate, and maintains a forbidden love-affair with all things shiny. When she’s not burning her fingers across a keyboard handing out adventures and HEAs, she’s rolling dice and getting lost in RPGs or searching for brides for her dragon overlords.

To find out more about Shannon and her books, visit http://www.shannonpemrick.com.