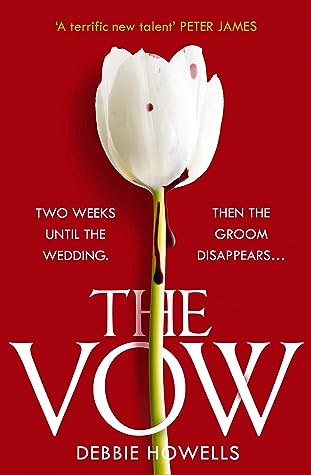 Everything was perfect. And then her fiance disappeared…

Two weeks before her wedding, a stranger stops Amy in the street and warns her she’s in danger. Then that night, Matt, her fiancé, doesn’t come home. Desperate, Amy calls the police – but when Matt fails to emerge, she’s forced to call off her wedding day.

Then another man is reported missing, by a woman called Fiona – a man meeting Matt’s description, who was about to leave his fiancée for her. He was supposed to be moving in with her – but instead, he’s vanished.

Amy refuses to believe Fiona’s lover can be her Matt – but photos prove otherwise, and it soon becomes clear that Matt has been leading a double life. As the police dig deeper, two conflicting, yet equally plausible stories emerge from two women who allegedly have never met.

The wedding day never happened. But the funeral might.

The Vow by Debbie Howells is a psychological thriller. The story in The Vow is one that does change the point of view along the way between some of the characters with the main focus being on the lead, Amy. This one was also originally published in October of 2020 but now the paperback has been released.

Amy and her fiance are getting closer to their wedding date and have plans to go over more of the planning but as Amy is out doing errands a strange woman approaches her and warns her she’s in danger. Amy shakes it off and goes about her business thinking the woman doesn’t know her.

As Amy is waiting for Matt to arrive to go over their wedding plans he calls to tell her he has a client to deal with first and will be late. The next morning however Amy sees Matt never arrived home so she begins to frantically check on where he might be. Before long the police are involved and Matt is declared a missing person but when a second woman also reports him missing Amy doesn’t believe her fiance could have secrets from her.

Debbie Howells is an author that once I read my first book by her I have immediately grabbed any more I can get my hands on and always enjoy the story to some degree. The Vow for me was not her strongest effort I’ve read thus far with my final rating only being three and a half stars. Honestly, I think the biggest thing for me was this one seemed to go on too long and could have kept a better pace had it been a tad shorter as it seemed to get a bit repetitive. Otherwise though I still like this one even if not as much as others and will still continue to come back to this author again. 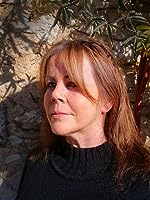 After self-publishing three women’s commercial fiction novels, Debbie wrote The Bones of You, her first psychological thriller. It was a Sunday Times bestseller and picked for the Richard and Judy book club. Three more have followed, The Beauty of The End, The Death of Her and Her Sister’s Lie, all published by Pan Macmillan.

The Vow was published by Avon in 2020 and was a #1 ebook bestseller. Her latest, The Secret will be published later this year.

After a number of career changes, Debbie now writes full time, inspired by the peacefulness of the countryside she lives in with her partner Martin and Bean the rescued cat.

3 Comments on “The Vow by Debbie Howells #bookreview #thriller”