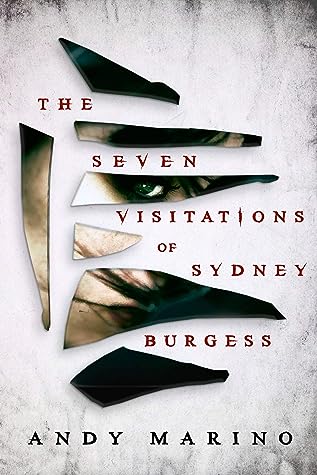 From an electrifying voice in horror comes the haunting tale of a woman whose life begins to unravel after a home invasion.

Possession is an addiction.

Sydney’s spent years burying her past and building a better life for herself and her young son. A respectable marketing job, a house with reclaimed and sustainable furniture, and a boyfriend who loves her son and accepts her, flaws and all.

But when she opens her front door, and a masked intruder knocks her briefly unconscious, everything begins to unravel.

She wakes in the hospital and tells a harrowing story of escape. Of dashing out a broken window. Of running into her neighbors’ yard and calling the police.

The cops tell her a different story. Because the intruder is now lying dead in her guest room—murdered in a way that looks intimately personal.

Sydney can’t remember killing the man. No one believes her.

Back home, as horrific memories surface, an unnatural darkness begins whispering in her ear. Urging her back to old addictions and a past she’s buried to build a better life for herself and her son.

As Sydney searches for truth among the wreckage of a past that won’t stay buried for long, the unquiet darkness begins to grow. To change into something unimaginable.

To reveal terrible cravings of its own.

The Seven Visitations of Sydney Burgess by Andy Marino is a horror novel although it does start off a bit like a thriller. The story is told from the point of view of the protagonist in the current time although there are flashbacks interspersed into the story.

Sydney Burgess is a recovering addict who has spent the last nine years clean and sober fighting to get her life on the right track. Sydney has done all of this for her son who is now eleven and she never wants him to remember the times in her life she wasn’t there for him.

One night an intruder breaks into Sydney’s home she shares with her now partner and her son. The intruder knocks her out and as events unfold Sydney finds a way to make her escape where she alerts the neighbors who call the police. Sydney only remember her escape and the neighbors outdoors but when police question her they say she murdered the intruder before she left her home.

The title of this one, The Seven Visitations of Sydney Burgess, comes into play in the story as it’s in sections with the seven visitations. The book started off strong in the first part of the story but with each part it seemed to become a bit of a mess in terms of world building and the flow of the story. The protagonist is on a downward spiral from the elements in the book but I’d prefer it didn’t seem the story was going with her, if that makes sense. For me what this one needed was to go deeper into the details of what was going on. I think I grasped the basics of what it was meant to be but being left with a feeling of wading through to figure that out put my rating for this one at two and a half stars. 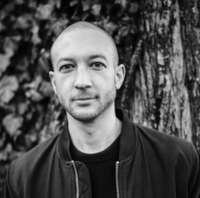 Andy Marino was born in upstate New York, spent half his life in New York City, and now lives in the Hudson Valley. He is the author of seven novels for young readers, most recently THE PLOT TO KILL HITLER trilogy.

THE SEVEN VISITATIONS OF SYDNEY BURGESS is his first novel for adults.