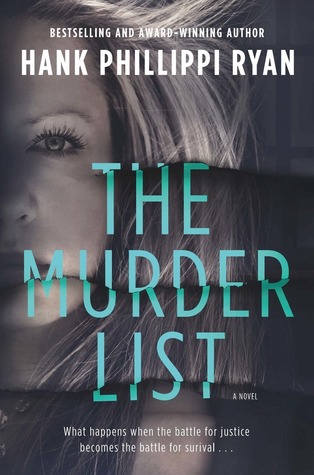 Law student Rachel North will tell you, without hesitation, what she knows to be true. She’s smart, she’s a hard worker, she does the right thing, she’s successfully married to a faithful and devoted husband, a lion of Boston’s defense bar, and her internship with the Boston DA’s office is her ticket to a successful future.

And in this cat and mouse game–the battle for justice becomes a battle for survival.

The Murder List is a new standalone suspense novel in the tradition of Lisa Scottoline and B. A. Paris from award-winning author and reporter Hank Phillippi Ryan.

The Murder List by Hank Phillippi Ryan is a standalone legal thriller. The story in this book is one that is told by alternating between the past and present timelines with the investigation into an old cold case.

Before Rachel had married Jack she had been working for a senator and during her time in that job a co-worker had been murdered. Jack had been the defense in that case and had gotten it thrown out. Now Rachel’s boss is reopening the case when a new lead comes in.

The Murder List by Hank Phillippi Ryan really intertwined two things that I really enjoy in a book together that solidified my four and half star rating. One of those is simply being a legal thriller which I have a soft spot for and never quite find that often probably automatically made this an intriguing read for me. The other element that the author had in this book was a nice twisty ride that led to a fabulous ending which brought my rating up too. After reading this one I will definitely look to read this author again. 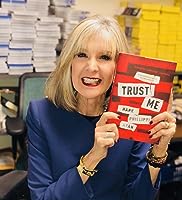 HANK PHILLIPPI RYAN has won five Agatha Awards, in addition to the Anthony, Macavity, Daphne du Maurier, and Mary Higgins Clark Award for her bestselling mystery novels. As an investigative reporter, her work has resulted in new laws, criminals sent to prison, homes saved from foreclosure, and millions of dollars in restitution for victims and consumers. Along with her 36 Emmys and 14 Edward R. Murrow awards, Hank has received dozens of other honors for her ground-breaking journalism. A former president of Sisters in Crime and founder of MWA University, she lives in Boston with her husband, a nationally renowned civil rights and criminal defense attorney. She is the author of the nationally best-selling psychological thriller Trust Me and the Jane Ryland series, which begins with The Other Woman.