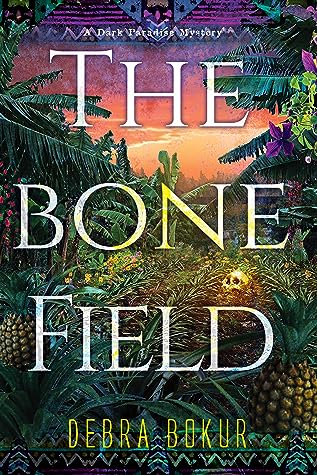 Kali Māhoe, Hawaiian cultural expert and detective with the Maui Police Department, has been called to a bizarre crime scene. In the recesses of a deep trench on Lana’i Island, a derelict refrigerator has been unearthed. Entombed inside are the skeletal remains of someone buried decades ago. Identification is a challenge. The body is headless, the skull replaced with a chilling adornment: a large, ornately carved wooden pineapple.

The old field soon yields more long-buried secrets, and Kali is led along an increasingly winding path that brings to light an unlikely suspect, an illegal cock-fighting organization, and a strange symbol connected to a long-disbanded religious cult. Her task is to dispel the dark shadows lingering over the Palawai Basin plains, and to solve a puzzle that no one wants exposed by the bright, hot tropical light.

To discover the answer, Kali will be drawn deeper in the mysteries of the island’s ancient legends—stories that tell of an enraged rooster god and man-eating monsters. For Kali, a detective of sound logic and reason, it’s not easy to consider the unknown for explanations for what appears to be a series of illogical links in a twisting chain of deadly events. Or safe. Because the dormant pineapple fields of Lana’i have yet to give up their darkest and most terrifying secrets.

The Bone Field by Debra Bokur is the second book in the police procedural Dark Paradise Mystery series. While this mystery series has character development that carries over from book to book for those wanting to follow the entire series the cases involved are solved within so they could be read as a standalone if choosing to do so.

The first book of the Dark Paradise Mystery series introduced readers to Detective Kali Māhoe who is a detective in Maui. Kali is also is also a kahu which is a spiritual leader in her Hawaiian community so her methods can be a bit out of the ordinary but Kali is always determined to close her cases and find her killer.

This time around Kali is called into a case when a refrigerator containing skeletal remains is unearthed in a deep trench on Lana’i Island. While the remains seem to be decades old the manor in which they were buried makes this a curious case and Kalie immediately dives into the investigation following the clues around the islands.

I have read both of the books in this series with the first draw for me being the setting of Hawaii. As someone who likes to virtually travel through my reading I couldn’t resist and found that the darker side of the islands was still just as engaging. This second book seems to get even better for me as a reader now that I’ve gotten to know the protagonist and surrounding characters. I’m really becoming a fan of Kali’s unique personality and style and tagging alone while she solves these darker crimes in paradise. After finishing this one I’d definitely be interested in more from this series. 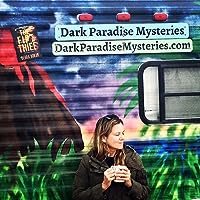