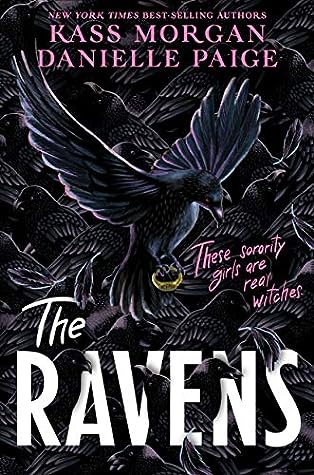 From New York Times best-selling authors Kass Morgan and Danielle Paige comes a thrilling, dark contemporary fantasy about a prestigious sorority of witches and two girls caught up in its world of sinister magic and betrayals.

Scarlett Winter has always known she’s a witch—and she’s determined to be the sorority’s president, just like her mother and sister before her. But if a painful secret from her past ever comes to light, she could lose absolutely everything . . .

Vivi Devereaux has no idea she’s a witch and she’s never lived in one place long enough to make a friend. So when she gets a coveted bid to pledge the Ravens, she vows to do whatever it takes to be part of the magical sisterhood. The only thing standing in her way is Scarlett, who doesn’t think Vivi is Ravens material.

But when a dark power rises on campus, the girls will have to put their rivalry aside to save their fellow sisters. Someone has discovered the Ravens’ secret. And that someone will do anything to see these witches burn . . .

The Ravens by Kass Morgan and Danielle Paige is a young adult paranormal fantasy that is the first book in a new series by the same name. The story is mainly told from the dual point of view of two of the sorority sisters of Kappa Rho Nu which is not your normal sorority.

Scarlett Winters is a legacy in the elite Kappa Rho Nu at Westerly College. Scarlett expects that this year as a Raven she will become the Sorority President as those in her family before her and plans to let nothing stand in her way.

Vivi Deveraux is a freshman at Westerly College and new to the whole college experience. Vivi never expected anyone at the most exclusive sorority on campus to take notice of her so she is shocked when she receives an invite to pledge. What Vivi also doesn’t expect is to find that the sorority is actually made up of witches and she herself has powers.

When I saw The Ravens I couldn’t help but get excited to read this series as I’ve been a fan of Kass Morgan for a while and have always wanted to make time to read Danielle Paige so now I could read both. Honestly though I couldn’t tell that this series actually had two authors while reading as it seemed to all flow well together. The story moved along at a great pace and the characters were all likable enough. My one niggle would really be was it really all that new and creative? It was a solid read but reminded me of other witchy type of young adult I’ve read in the past with the standard young adult tropes but I’ll definitely be back for book two to see where the story heads next. 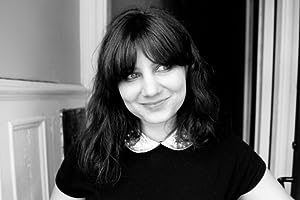 Kass Morgan studied literature at Brown and Oxford, and now resides in Brooklyn, where she lives in constant fear of her Ikea bookcase collapsing and burying her under a mound of science fiction and Victorian novels. Kass is currently working on the sequel to The 100, which she’ll finish as soon as she finds a coffee shop that allows laptops on the weekend.
Bio and photo from Goodreads.

Danielle Paige is the New York Times bestselling author of the Dorothy Must Die series, Stealing Snow, and the upcoming Mera book with DC Entertainment. In addition to writing young adult books, she works in the television industry, where she’s received a Writers Guild of America Award and was nominated for several Daytime Emmys. She is a graduate of Columbia University and currently lives in New York City. You can find her on daniellepaigebooks.com