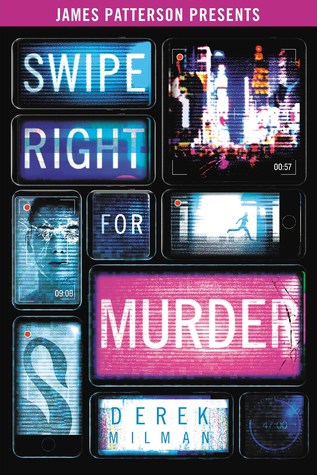 An epic case of mistaken identity puts a teen looking for a hookup on the run from both the FBI and a murderous cult in this compulsively readable thriller.

Finding himself alone in a posh New York City hotel room for the night, Aidan does what any red-blooded seventeen-year-old would do—tries to hook up with someone new. But that lapse in judgement leads him to a room with a dead guy and a mysterious flash drive . . . two things that spark an epic case of mistaken identity that puts Aidan on the run—from the authorities, his friends, his family, the people who are out to kill him—and especially from his own troubled past.

Inspired by a Hitchcock classic, this whirlwind mistaken-identity caper has razor-sharp humor, devastating emotional stakes, and a thrilling storyline with an explosive conclusion to make this the most compelling YA novel of the year.

Swipe Right for Murder by Derek Milman is a young adult LGBTQ+ thriller. The story is a fast paced, adrenaline fueled adventure in which a teen goes on the run. The main character, Aidan, finds himself alone in a hotel so he decides to swipe right and find a hook up for the night. Of course instead of a fun night Aidan ends up on the run when he’s suspected of murder.

Now normally I’m all about a fast paced book where I don’t get a chance to catch my breath before the next twist comes along. However, when it came to Swipe Right for Murder some of the action just seemed over the top causing a bit of eye rolling as I turned the pages. In the end I just found the story to be so-so with some things I liked, the pace being at the top of the list, but then of course some I didn’t. 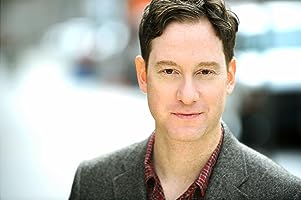 Derek was born in New York City, and raised in Westchester County, NY. In grade school Derek wrote short stories about stuff like aliens and submarines and magical strawberries. He would frequently send story ideas to computer game companies, which would always result in an awkward phone call informing Derek that, at eight years old, he was too young to be put on their payroll. In high school, Derek published an underground humor magazine (sold in local stores) that caught the attention of the New York Times, who wrote a profile on him at the tender age of 14.

Derek studied English, Theater, and Creative Writing at Northwestern University. Derek started off as a playwright and screenwriter–his first play was produced in New York City right after he graduated college–and went on to receive an MFA in acting at the Yale School of Drama. As a classically trained thespian (Derek’s favorite word), Derek has performed on stages across the country, and appeared in numerous TV shows and films, working with two Academy Award winning film directors (who probably have no recollection of working with Derek).

Derek has taught at a film school in NYC, worked the front desk of a yoga studio, and had a very short stint as a DJ in a Lower East Side club (if you tipped him well enough, he would pretend to have that New Order B-side no one ever heard of). He began writing YA fiction a few years ago.

Derek currently lives in Brooklyn, where he writes fiction full time, wanders the waterfront staring at the Manhattan skyline, plays video games, and buys lime green hoodies made out of locally-sourced hemp.

SCREAM ALL NIGHT (HarperCollins/Balzer+Bray) was Derek’s debut YA novel.

His second YA novel, SWIPE RIGHT FOR MURDER, was released on August 6th, 2019, from Little, Brown/JIMMY Patterson.

You can find Derek online at http://www.derekmilman.com, and on Twitter/Instagram: @DerekMilman.