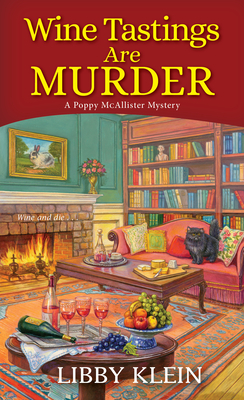 It’s vintage Poppy when the gluten-free baker and B&B owner tries to solve a murder at a Cape May winery in Libby Klein’s fifth deliciously witty, paleo-themed Poppy McAllister Mystery.

When Poppy and Aunt Ginny agreed to host a Wine and Cheese Happy Hour for a tour group at their Butterfly House Bed and Breakfast on the Jersey Shore, they never anticipated such a sour bunch. Grumpy guest Vince Baker should be in a better mood–he’s filthy rich and on his honeymoon with his much younger wife Sunny, who seems to dote on him almost as much as her high-spirited teacup Pomeranian, Tammy Faye Baker.

But the honeymoon is over when Vince drops dead the next day touring the Laughing Gull Winery. Turns out he’s been poisoned, and it seems like everybody on the tour is hiding something. Now Poppy has to put her gluten-free baking on the back burner and bottle up her feelings for the two men in her life while she charges after a bitter killer with a lethal case of sour grapes…

Wine Tastings Are Murder by Libby Klein is the fifth installment in the cozy A Poppy McAllister Mystery series. Each book of this series has a new mystery to be solved by the main character so they can be read and understood as a standalone if choosing to do so. Of course as with any continuing series there is some character development that would be missed if not reading from the beginning.

In this series readers were introduced to Poppy McAllister who is a forty something widow who moved back to her hometown of Cape May after the death of her husband. Poppy returned to be near her elderly Aunt Ginny and has made a living for herself baking gluten-free goodies to sell and running the bed and breakfast they opened after converting Aunt Ginny’s home.

Now Poppy is still splitting her time between not one but two suitors as she runs the bed and breakfast and tries to keep her Aunt Ginny out of trouble. Poppy is hosting a few members of a large tour group at the B&B but when the group heads out to a winery for a tasting one of the members has what seems like a heart attack. When the police are called in though Poppy finds out that it may have been murder and promises her old nemesis now police officer that she will help get to the bottom of the murder.

I have followed the A Poppy McAllister Mystery series from the beginning and rank Aunt Ginny up there as one of my favorite cozy characters loving her hilarious antics. Poppy is a favorite too however I’m not a fan of the continuing love triangle in the story but hopefully it’s coming to an end soon as it left off with a bit of a cliffhanger on that part of the character development side of the books. Regardless I will keep coming back each time for the humour and the fun mysteries. 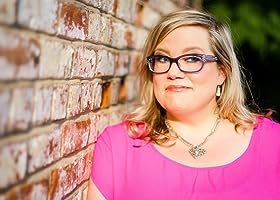 ← Cover Reveal: The Do-Over by Melissa MacKinnon
Thank You, Next by Sophie Ranald #bookreview #contemporary #romance →