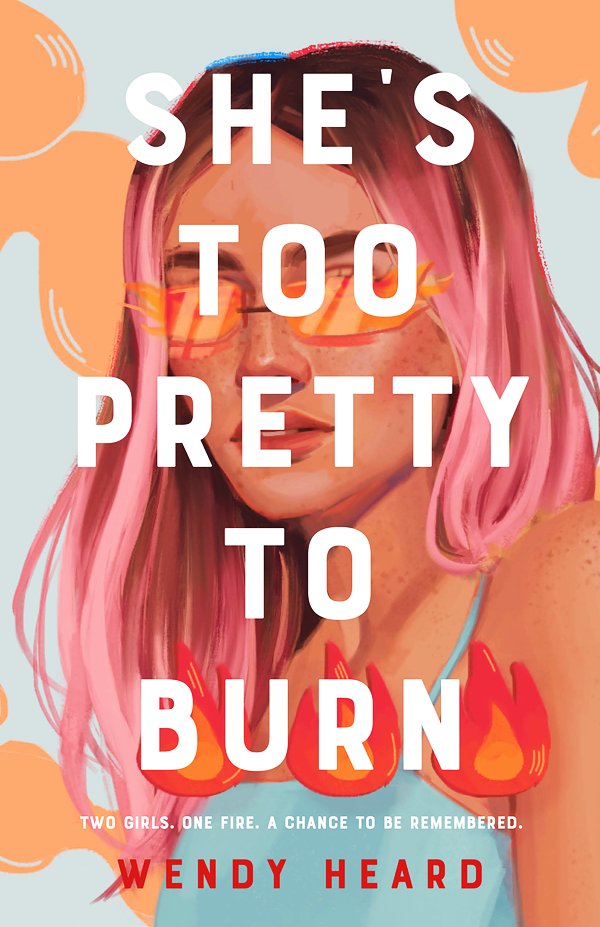 Title: She’s Too Pretty to Burn

An electric romance set against a rebel art scene sparks lethal danger for two girls in She’s Too Pretty to Burn, an expertly plotted YA thriller by Wendy Heard.

The summer is winding down in San Diego. Veronica is bored, caustically charismatic, and uninspired in her photography. Nico is insatiable, subversive, and obsessed with chaotic performance art. They’re artists first, best friends second. But that was before Mick. Delicate, lonely, magnetic Mick: the perfect subject, and Veronica’s dream girl. The days are long and hot―full of adventure―and soon they are falling in love. Falling so hard, they never imagine what comes next. One fire. Two murders. Three drowning bodies. One suspect . . . one stalker. This is a summer they won’t survive.

Inspired by The Picture of Dorian Gray, this sexy psychological thriller explores the intersections of love, art, danger, and power.

She’s Too Pretty to Burn by Wendy Heard is a young adult thriller that is inspired by The Picture of Dorian Gray. This isn’t a retelling of the classic but a new modern young adult psychological thriller that you can feel the same artistic dangerous essence of that original story infused in the pages of this one.

Veronica is a photographer who is very much stuck in a rut with her work and trying to find something new and fresh to inspire her. That is when Veronica meets Mick. Mick is exactly the muse that Veronica needed in her life but Mick is shy and afraid of the camera lens after being raised by a self centered mother who is all about a life of fame and being in the limelight.

With a bit of deception Veronica convinces Mick to pose for her and gets the shot of a lifetime she had been looking for. Soon Mick and Veronica are inseparable and falling in love when Veronica brings Mick into her best friend Nico’s world of dramatic exibitions he calls art but border between pranks gone wrong or even terrorism as things begin to spiral out of control.

She’s Too Pretty to Burn really starts off feeling very much like a contemporay young adult LGBT romance with the shy girl being swept away by the much braver outgoing teen. However, it doesn’t take long for things to heat up beyond the romance taking a darker turn into so much more to put a reader on the edge of their seat. It’s easy to see how the author was inspired by Dorian Gray as this has the same elements with the art, passion and eventually danger around every corner as it progressively becomes darker as the story goes on taking it far away from the contemporary beginning. 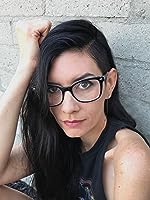 Wendy Heard was born in San Francisco and has lived most of her life in Los Angeles. When not writing, she can be found hiking the Griffith Park trails, taking the Metro and then questioning this decision, and haunting local bookstores.