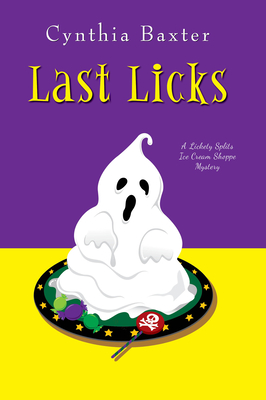 It’s autumn in the Hudson Valley, and Kate McKay has some tricks up her sleeve for a deliciously spooky season at her Lickety Splits Ice Cream Shoppe. But with a cold-blooded murderer thrown into the mix, the scares are about to become a little too real . . .

Kate receives the shock of a lifetime when she’s blindsided by an offer she can’t refuse. An assistant movie director desperately wants to shoot a key scene at Lickety Splits and she’s willing to pay big bucks to sweeten the last-minute deal. All Kate has to do is tolerate a bustling film crew for a few hours and provide one important prop—a scoop of handmade ice cream . . .

But when up-and-coming actress Savannah Crane drops dead after spooning down some chocolate almond fudge, Kate’s first taste of Hollywood might be her last. Someone poisoned the leading lady, and with Lickety Splits draped in yellow crime scene tape, detectives are ready to cast Kate as the leading suspect . . .

Determined to clear her name, Kate finds herself churning through a long list of unsavory characters to catch the real killer lurking around town. As she uncovers the truth about the jealous rivals and obsessive stalkers who haunted Savannah’s life, Kate soon realizes that tangling with the late starlet’s “fans” could make this her most terrifying fall yet . . .

Last Licks by Cynthia Baxter is the third book in the cozy A Lickety Splits Mystery series. Each book in the series does contain it’s own mystery that will be solved so they can be read as a standalone or in any order if choosing to do so. However, for those that follow the series from the beginning there will be some character development that carries over from book to book.

In this series Kate McKay had left her hometown after high school and gone onto college and then a career in Manhattan. However when Kate received news that her grandmother needed someone to come care for her Kate quickly returned to Wolfert’s Roost giving up her career. Once back in her hometown Kate decided she would follow her dream of opening her own ice cream shop to begin a new career path.

Now with Kate’s business in full swing she has an offer from a movie director that is desperate for a shop to use as a setting in a movie. All Kate would have to do is close for a few hours of filming in Lickety Splits and the offer is one she couldn’t refuse. However, while the crew is in the shop the actress, Savannah Crane, drops dead after eating one of Kate’s creations.

A Lickety Splits Mystery series is another I’ve been following since the beginning and have come to enjoy the characters and humor in each. One standout in these cozies are the ice cream facts that come with the beginning of each chapter, such a nice touch to spotlight the cozy concept of the series. And as nice as it was to return to the characters and setting there was also another solid mystery to be solved in this edition. 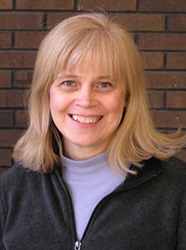 CYNTHIA BAXTER is the author of fifty-three novels. Her books have been translated into German, Swedish, and Danish. Born and raised on Long Island, she currently resides in the Pacific Northwest. Her favorite ice cream flavors are Peach, Coconut, and Chocolate Hazelnut. Readers can visit her website at http://www.cynthiabaxter.com.