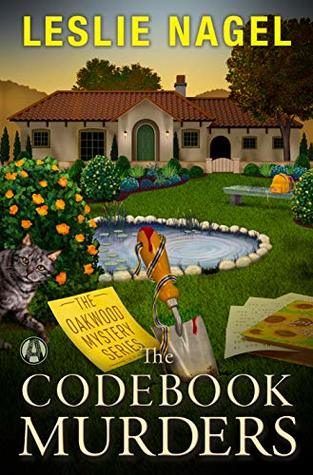 Amateur sleuth Charley Carpenter discovers a coded journal that could crack her small town’s most infamous cold case wide open in this charming cozy mystery from the USA Today bestselling author of The Book Club Murders.

As the owner of Old Hat Vintage Fashions, Charley Carpenter supplies retro apparel to the residents of Oakwood, Ohio, but she’s been known to set business aside to play detective when a mystery rears its head. And there’s no bigger mystery in Oakwood than the murder of Regan Fletcher—a case that’s haunted the town for decades.

Regan’s boyfriend, Carter, did time for the crime—until another man’s confession freed him. But did the “real killer” really do it? Or did Carter walk away with blood on his hands? When Charley stumbles on an old journal written in code, it only complicates the case by revealing a blackmail scheme that targeted dozens of Oakwood’s citizens, giving them all a motive for murder.

Now, with a spate of new suspects to pursue, plus a fresh murder and the abduction of her sleuthing partner, Charley must dig deeper still into the past—even as she risks being buried by her shadowy prey. Joining forces with Detective Marcus Trenault and the newly formed Oakwood Mystery Book Club, Charley turns to a classic whodunit for clues on catching a killer—before more lives are lost, and the truth dies with them.

The Codebook Murders by Leslie Nagel is the  fourth  installment of the cozy Oakwood Mystery series. Each book in the series is a new case to be solved so while the characters have carried over from book to book it would be possible to read any as a standalone if choosing to do so. There would however be a bit of character building left out as their lives have progressed from book to book.

This series has introduced readers to the author’s own small hometown of Oakwood, Ohio although while the city is real her characters and murder mysteries are not. The main character of the story, Charley Carpenter, owns Old Hat Vintage Fashions, a clothing store selling gently used antique fashions and has a knack for stumbling upon crimes.

The Codebook Murders begins with Charley racing the weather while trying to avoid a speeding ticket while heading home where she will be hosting a meeting of her Oakwood Mystery Club. As the weather worsens Charley and a teen she’d offered a ride to find themselves needing shelter from a tornado when a man shuttles them quickly inside into some underground tunnels as the tornado strikes and wouldn’t you know Charley finds a clue to an old unsolved cold case.

Having read all the books of the Oakwood Mystery series it’s always fun to rejoin the characters each time on  their new adventure. Charley is a strong and determined female lead character that I’ve found very likable and she is dating a police detective so that gives her opportunities to further her own investigating. There are plenty of twists to keep engaged in the story throughout while trying to figure out just why the murder had taken place. Will look forward to any additional books added to this series to see just what Charley gets herself involved in next. 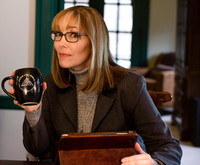 Leslie Nagel is the author of the USA Today and Amazon bestselling Oakwood Mystery Series. She lives in the all too real city of Oakwood, Ohio, where murders are rare but great stories lie thick on the ground. In addition to writing about murder, she also teaches writing at a local community college. After the written word, Leslie’s passions include her husband, her son and daughter, hiking, tennis and strong black coffee, not necessarily in that order.