Where the Missing Go by Emma Rowley #bookreview #thriller 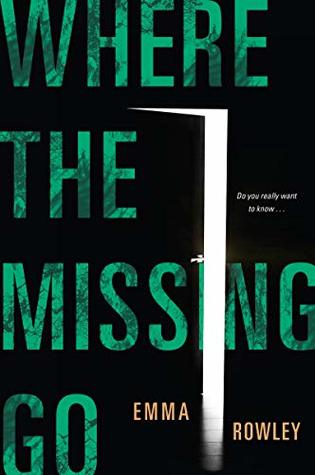 Title: Where the Missing Go

In Emma Rowley’s emotionally gripping, unpredictable novel of psychological suspense, a mother who works at a charity helpline for missing teens receives a desperate call—from her own daughter…

The missing don’t always want to be found.

Kate Harlow recognizes this painful truth, even as she keeps searching for her daughter, Sophie, who disappeared two years ago. The police have stopped investigating—after all, Sophie has sent postcards home, insisting that she’s fine. To fill the space in her increasingly empty days, Kate volunteers at Message in a Bottle, where runaways can leave messages for loved ones, no questions asked.

Then one evening, a call comes in from a voice Kate instinctively recognizes, even through bursts of static and beyond the sudden dial tone that breaks their connection.

Those closest to Kate worry she’s cracking under her grief, imagining that it was Sophie. But Kate knows—that it was her daughter on the phone. And that a stranger has been inside her house. Watching her.

Sophie is out there. And Kate has to find her, even if someone will try anything to stop her . . .

Where the Missing Go by Emma Rowley is a thriller told mainly from the point of  view of a mother who’s teenage daughter went missing. Divided into different parts eventually the daughters point of view also comes into play as the story continues.

Kate Harlow has followed any lead or clue she can for two years since her daughter, Sophie, disappeared. Initially the police investigated as Sophie was only sixteen but the case went cold and with all the evidence pointing to Sophie having run away it wasn’t a priority.

Now however Kate gets a call at the hotline she volunteers for that she is sure is her daughter. Despite the police  being uninterested in following up since Sophie would now be eighteen Kate begins digging into her daughter’s past in order to  finally find her.

Where the Missing Go is one that really builds itself at an extremely slow pace with each section picking it up a slight bit more than the last. As a reader I had to tell myself that eventually we are going  to get some twists and learn the outcome as the pace was one that was hard to get fully immersed into. The story was decent in this one though and I liked how the past was worked into Sophie’s disappearance leaving me to rate this one at 3 1/2 stars. 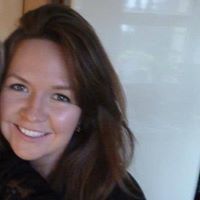 Emma Rowley is a much-respected writer: journalist, ghost‑writer and editor currently on staff at the Daily Mail as associate editor (features), having previously been deputy features editor at the Daily Telegraph. Emma has also spent considerable time in the courts and covering major crime stories which imbues Where the Missing Go with authenticity. Visit emmarowley.co.uk for updates.