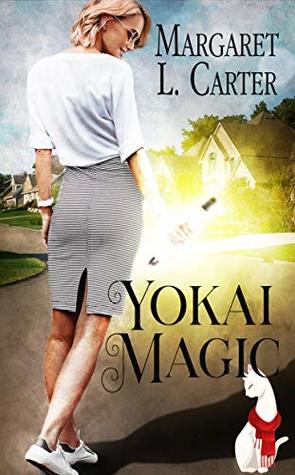 When Val unearths a Japanese scroll and a cat figurine inherited from her grandfather, magic invades her world. The statuette, actually a cat spirit named Yuki—a yokai—enchanted into that form for her own protection, comes to life. Over a century ago, an evil magician cast a curse on her, and a wolf-like demon conjured by the curse still hunts her. Because Val is the one who broke the protective spell, that dark magic endangers her, too. She must turn for help to the last person she wants to get involved with, her former high-school boyfriend, now an officer in the Navy. Together they search for a way to vanquish the threat from the spirit realm, while facing the attraction they thought they’d long since put behind them.

Yokai Magic by Margaret L. Carter is an adult fantasy involving magic. At novella length of course you are going to hear that old not much depth to it but the story wan’t too bad for a short read.

After her parents passing Val has moved into their home in order to get it cleaned out and fixed up to be ready to sale the property. Going through some old things around the house she happens upon some things her grandfather had brought back from Japan.

Val had thought maybe the items she was uncovering may hold a bit of value to help pay for repairs but when she comes across a Japanese scroll and a cat figurine in a box little does she know she’s unleashed centuries old magic. Before Val knows it she has a spirit named Yuki in the form of a cat explaining all the magic around her.

The author tried to pack a lot into such a short read with an old flame from next door coming back for a little romance along with the magical world she created. I’ll admit this one could use a bit of editing to be more polished as the flow seemed a bit off but it was still a fun read despite lacking the depth a longer book would bring. 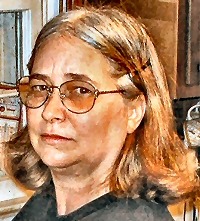 Marked for life by reading DRACULA at the age of twelve, Margaret L. Carter specializes in the literature of fantasy and the supernatural, particularly vampires. She received degrees in English from the College of William and Mary, the University of Hawaii, and the University of California. She is a 2000 Eppie Award winner in horror, and with her husband, retired Navy Captain Leslie Roy Carter, she coauthored a fantasy novel, WILD SORCERESS.