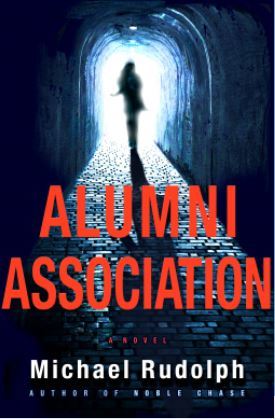 The acclaimed author of Noble Chase lays down the law with an irresistible tale of buried secrets and gloves-off legal combat at a secretive military school—for readers of John Grisham, Greg Iles, and Linda Fairstein.

When young attorney Beth Swahn agrees to represent a former military academy facing demolition, what begins as a simple real estate litigation soon becomes a dangerously real threat. Beth’s stepfather, a founding partner at her law firm, is part of the now-shuttered school’s alumni association that’s determined to see its old campus preserved as a historical landmark, safe from developers’ bulldozers. But beneath the campus’s main building—once the nineteenth-century mansion of Napoleon Bonaparte’s older brother—runs an extensive network of tunnels, which may be where the alumni’s true interest lies . . . along with their school days’ darkest secrets.

As more of the academy’s former cadets become entangled in the case, and millions of dollars mysteriously go missing, Beth faces increasingly treacherous legal landmines—and worse—in a case that could be more than just a career killer.

Ok, so where to start… Alumni Association by Michael Rudolph is apparently the second book that features the main character of Beth Swahn but there was no mention of this being a series. It does note now in the description that each can be read as a standalone but I wonder if it would have helped any to have started with the first book as I’m one to try to avoid jumping into existing characters/stories.

Anyway, after seeing this one compared to the likes of John Grisham I became intrigued as I do love a good legal thriller and don’t pick them up often enough. However, this would be one of those cases that I wanted to kick myself for falling for the “for fans of…” tag line, maybe someday I’ll learn but I definitely didn’t find this one any comparison.

The case in here follows attorney Beth Swahn as she signs up to represent a former military academy. Beth’s stepfather works for the same firm and is also an alumni of the academy, there’s missing money, suspicious goings on etc etc. The thing is none of it was ever very compelling and even only days after it’s already becoming quite forgettable.

The story really just seemed to jump around from one thing to another and I found this hard to pay attention to and keep up with while reading. Seeing a lot of higher ratings and reviews I know there’s an audience for this it just wasn’t my cup of tea unfortunately.