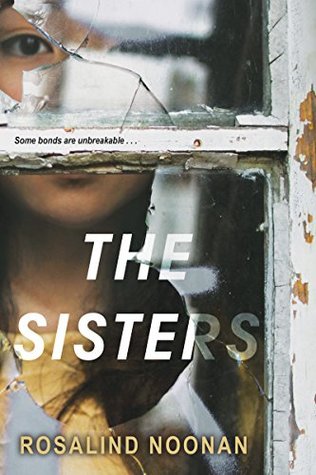 Twelve years ago, Glory abandoned her two daughters—four-year-old Ruby and baby Aurora—at a fire station, running off to a man who promised love and protection. Though the refuge she hoped for turned out to be a sham, she believes Ruby and Aurora are better off without her. But Glory has since given birth to another daughter, who’s clamoring for a life beyond their close-knit, tightly controlled world.

Sixteen-year-old Ruby loves her adoptive parents, but she hasn’t forgotten Glory. Now that she has her driver’s license, Ruby sets out in search of her birth mother. What she finds is a ramshackle house of castaway women, referred to as “sisters,” ruled over by a charismatic bully who monitors their every move.

Glory would take ten-year-old Luna away in a heartbeat if they had somewhere to go. On good days, the girl is confined to the fenced-in yard; on bad days, she’s sent to the dusty attic as punishment. When Ruby makes contact, Glory seizes on a chance for escape. Ruby is desperate to help, but how much does she owe to family she barely knows—and how can she fix someone else’s life when she has so little power over her own?

The Sisters by Rosalind Noonan is another of those titles that doesn’t exactly fit in a cookie cutter genre mold. This isn’t a thriller as you know exactly who is who and what is going on in the story but it’s much more than just a contemporary with some suspense and drama in the mix. It is one though that needs a bit of a warning with the cult like atmosphere involved the story wasn’t always a pretty one as far as relationships are concerned.

The story in the Sisters is told in sections with each dealing with a different section of Glory’s life and those around her. The point of view mainly goes from Glory and her oldest daughter but a few others are involved too. In the first section readers are shown what led up to Glory giving away her two daughters and becoming involved with the group known as the sisters.

After the opening showing what had happened in the past the next part of the book brings readers to the current time more than a decade after the opening. During this section answers are also given to what happened during the time that passed to both the daughters and to Glory. Then after that second part connecting their paths again the last part wraps up the entire story.

As much as this one might sound jumpy and possibly confusing I didn’t find that at all myself and was caught up in the story right away. I personally can’t imagine walking away from your own children and wanted answers as to why. As heartbreaking and dark as some parts of this book were though there were also moment’s that warm your heart when it comes to the children and adoption etc. This one may not be for everyone but I personally found it a compelling read. 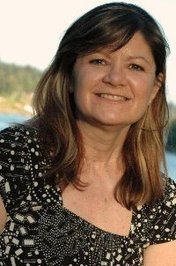 Rosalind Noonan is a New York Times bestselling fiction author and graduate of Wagner College. She lives with her family in the Pacific Northwest, where she writes in the shade of some towering two-hundred-year-old Douglas fir trees.