So again it’s time for the weekly admit we have no willpower posts. I honestly don’t think I did too bad this week which for me means I might have got one or two more turned in than I added to my collection. 😆

Following their adventures in The Bear and the Nightingale and The Girl in the Tower, Vasya and Morozko return in this stunning conclusion to the bestselling Winternight Trilogy, battling enemies mortal and magical to save both Russias, the seen and the unseen.

Reviewers called Katherine Arden’s novels The Bear and the Nightingale and The Girl in the Tower “lyrical,” “emotionally stirring,” and “utterly bewitching.” The Winternight Trilogy introduced an unforgettable heroine, Vasilisa Petrovna, a girl determined to forge her own path in a world that would rather lock her away. Her gifts and her courage have drawn the attention of Morozko, the winter-king, but it is too soon to know if this connection will prove a blessing or a curse.

Now Moscow has been struck by disaster. Its people are searching for answers—and for someone to blame. Vasya finds herself alone, beset on all sides. The Grand Prince is in a rage, choosing allies that will lead him on a path to war and ruin. A wicked demon returns, stronger than ever and determined to spread chaos. Caught at the center of the conflict is Vasya, who finds the fate of two worlds resting on her shoulders. Her destiny uncertain, Vasya will uncover surprising truths about herself and her history as she desperately tries to save Russia, Morozko, and the magical world she treasures. But she may not be able to save them all.

If you’re reading this, well, you know the last-letter drill. You made it. I didn’t. Get off the guilt train, because I know if there was any chance you could have saved me, you would have.

I need one thing from you: get out of the army and get to Telluride.

My little sister Ella’s raising the twins alone. She’s too independent and won’t accept help easily, but she has lost our grandmother, our parents, and now me. It’s too much for anyone to endure. It’s not fair.

And here’s the kicker: there’s something else you don’t know that’s tearing her family apart. She’s going to need help.

So if I’m gone, that means I can’t be there for Ella. I can’t help them through this. But you can. So I’m begging you, as my best friend, go take care of my sister, my family.

Please don’t make her go through it alone.

In Danielle Steel’s powerful new novel, four trauma doctors—the best and brightest in their field—confront exciting new challenges, both personally and professionally, when given an unusual opportunity.

Bill Browning heads the trauma unit at San Francisco’s busiest emergency room, SF General. With his ex-wife and daughters in London, he immerses himself in his work and lives for rare visits with his children. A rising star at her teaching hospital, UCSF at Mission Bay, Stephanie Lawrence has two young sons, a frustrated stay-at-home husband, and not enough time for any of them. Harvard-educated Wendy Jones is a dedicated trauma doctor at Stanford, trapped in a dead-end relationship with a married cardiac surgeon. And Tom Wylie’s popularity with women rivals the superb medical skills he employs at his Oakland medical center, but he refuses to let anyone get too close, determined to remain unattached forever.

These exceptional doctors are chosen for an honor and a unique project: to work with their counterparts in Paris in a mass-casualty training program. As professionals, they will gain invaluable knowledge from the program. As ordinary men and women, they will find that the City of Light opens up incredible new possibilities, exhilarating, enticing, and frightening.

When an unspeakable act of mass violence galvanizes them into action, their temporary life in Paris becomes a stark turning point: a time to face harder choices than they have ever made before—with consequences that will last a lifetime.

The #1 Amazon Charts bestselling series continues as Morgan Dane and PI Lance Kruger fight for the innocence of a young murder suspect—if only they could find him.

When a retired sheriff’s deputy is shot to death in his home, his troubled teenage stepson, Evan, becomes the prime suspect. Even more incriminating, the boy disappeared from the scene of the crime.

Desperate to find her son, Evan’s mother begs PI Lance Kruger for help. She knows her son is innocent. Kruger and defense attorney Morgan Dane want to believe that too, but the evidence against the boy is damning. Just as the trail goes cold, another deputy vanishes. His shocking connection to Evan’s stepfather throws the investigation into chaos as Lance and Morgan fear the worst…that Evan is the killer’s new target.

With so many secrets to unravel, will Lance and Morgan find him before it’s too late?

What would you do if your whole life was a lie and learning the truth could cost you your life?

From New York Times bestselling author of the Shadow Falls series comes C. C. Hunter’s new YA thriller about a girl who learns that she may have been kidnapped as a child, and must race to uncover the truth about her past before she winds up a victim.

Chloe was three years old when she became Chloe Holden, but her adoption didn’t scar her, and she’s had a great life. Now, fourteen years later, her loving parents’ marriage has fallen apart and her mom has moved them to Joyful, Texas. Starting twelfth grade as the new kid at school, everything Chloe loved about her life is gone. And feelings of déjà vu from her early childhood start haunting her.

When Chloe meets Cash Colton she feels drawn to him, as though they’re kindred spirits. Until Cash tells her the real reason he sought her out: Chloe looks exactly like the daughter his foster parents lost years ago, and he’s determined to figure out the truth.

As Chloe and Cash delve deeper into her adoption, the more things don’t add up, and the more strange things start happening. Why is Chloe’s adoption a secret that people would kill for?

“Witty and charming, with an off-the-charts, irresistible blend of romance, humor, and characters who steal your heart from page one. Erin Hahn is an author to watch.” – Karen M. McManus, New York Times bestselling author of One of Us Is Lying

Annie Mathers is America’s sweetheart and heir to a country music legacy full of all the things her Gran warned her about. Superstar Clay Coolidge is most definitely going to end up one of those things.

But unfortunately for Clay, if he can’t convince Annie to join his summer tour, his music label is going to drop him. That’s what happens when your bad boy image turns into bad boy reality. Annie has been avoiding the spotlight after her parents’ tragic death, except on her skyrocketing YouTube channel. Clay’s label wants to land Annie, and Clay has to make it happen.

Swayed by Clay’s undeniable charm and good looks, Annie and her band agree to join the tour. From the start fans want them to be more than just tour mates, and Annie and Clay can’t help but wonder if the fans are right. But if there’s one part of fame Annie wants nothing to do with, it’s a high-profile relationship. She had a front row seat to her parents’ volatile marriage and isn’t interested in repeating history. If only she could convince her heart that Clay, with his painful past and head over heels inducing tenor, isn’t worth the risk.

Erin Hahn’s thrilling debut, You’d Be Mine, asks: can the right song and the perfect summer on the road make two broken hearts whole?

Four women—friends, family, rivals—turn to online dating for companionship, only to find themselves in the crosshairs of a tech-savvy killer using an app to target his victims in this harrowing thriller from the New York Times bestselling author of See Jane Run and The Bad Daughter.

Online dating is risky—will that message be a sweet greeting or an unsolicited lewd photo? Will he be as handsome in real life as he is in his photos, or were they taken ten years and twenty pounds ago? And when he asks you to go home with him, how do you know it’s safe? The man calling himself “Mr. Right Now” in his profile knows that his perfect hair, winning smile, and charming banter put women at ease, silencing any doubts they might have about going back to his apartment. There, he has a special evening all planned out: steaks, wine, candlelight . . . and, by the end of the night, pain and a slow, agonizing death.

Driven to desperation—by divorce, boredom, infidelity, a beloved husband’s death—a young woman named Paige, her cousin and rival Heather, her best friend, Chloe, and her mother, Joan, all decide to try their hand at online dating. They each download an app, hoping to right-swipe their way to love and happiness.

But one of them unwittingly makes a date with the killer, starting the clock on a race to save her life.

In this spellbinding and suspenseful debut, a young woman haunted by the past returns home to care for her ailing mother and begins to dig deeper into her sister’s unsolved murder.

Sixteen years ago, Sylvie’s sister Persephone never came home. Out too late with the boyfriend she was forbidden to see, Persephone was missing for three days before her body was found—and years later, her murder remains unsolved.

In the present day, Sylvie returns home to care for her estranged mother, Annie, as she undergoes treatment for cancer. Prone to unexplained “Dark Days” even before Persephone’s death, Annie’s once-close bond with Sylvie dissolved in the weeks after their loss, making for an uncomfortable reunion all these years later. Worse, Persephone’s former boyfriend, Ben, is now a nurse at the cancer center where Annie is being treated. Sylvie’s always believed Ben was responsible for the murder—but she carries her own guilt about that night, guilt that traps her in the past while the world goes on around her.

As she navigates the complicated relationship with her mother, Sylvie begins to uncover the secrets that fill their house—and what really happened the night Persephone died. As it turns out, the truth will set you free, once you can bear to look at it.

The Winter Sister is a mesmerizing portrayal of the complex bond between sisters, between mothers and daughters alike, and forces us to ask ourselves—how well do we know the people we love most?

New from the author: 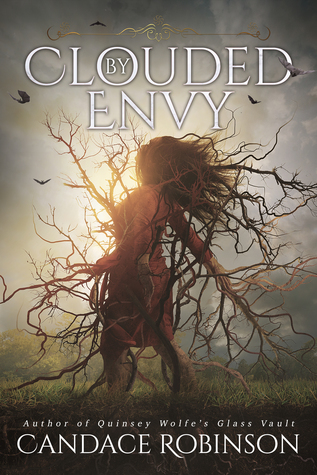 Brenik has always been envious of his twin sister, Bray. Growing up as fairy-like creatures, known as bats, everything came easier to Bray. While Brenik spent his time in her shadows, never feeling he was enough. After escaping their world of Laith, and living on Earth for ten years, Brenik attempts to strike a deal with the Stone of Desire to become human. Though true humanity is not an option, he will accept the curse that will alter him to get as close as he can.

Living in a tree trunk for the past year hasn’t been easy for Bray, more so after her brother disappears again. When a human boy and his brother, Wes, find her, a new friendship is struck. Through Wes, Bray learns there can be more to life than waiting within a tree. But worrying over where Brenik has vanished to always remains in the back of her mind.

When Bray reunites with Brenik, she realizes she must help him break the curse after she discovers the need for blood is beginning to overpower him. The curse not only damages those who get close to Brenik, but it could also destroy whatever is blooming between Bray and Wes.