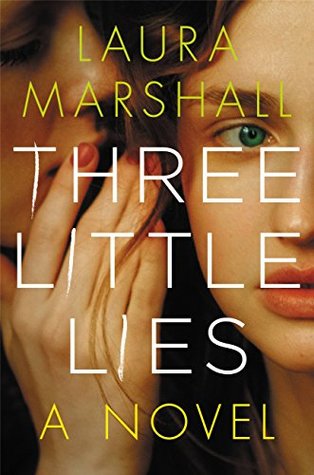 When Sasha disappears, Ellen fears the worst. Then long-buried secrets resurface, Ellen realizes she may not know Sasha — or what she’s capable of — at all.

2005: 17 year old Ellen falls under the spell of glamorous newcomer, Sasha. As Ellen is welcomed into Sasha’s family, she doesn’t see the darkness that lies beneath their musical, bohemian lifestyle. At a New Year’s Eve party, events come to a dramatic head, resulting in a court case (in which Ellen is a key witness) that means family life at the Corner House will never be the same again.

2018: Now 30, Ellen and Sasha are still entwined in each other’s lives and sharing a flat in London. When Sasha disappears, Ellen fears the worst. She has gone missing like this before and the police won’t take it seriously, but long-buried events in their shared past mean that Ellen has good reason to be frightened – not only for Sasha, but also for herself. Finding out the truth about what really happened on New Year’s Eve twelve years ago puts Ellen in terrible danger, and forces her to confront not only the past, but how well she really knows her best friend.

Three Little Lies by Laura Marshall is a thriller that as soon as I saw it I knew I had to read after loving Friend Request. The story is one that alternates timelines and points of view between the characters but is still easy to follow along with.

In the present Ellen and Sasha have been sharing an apartment together for quite awhile and have continued their friendship since they were teens. The pair have a system of letting one another know where they will be so when Sasha doesn’t come home Ellen immediately worries. It doesn’t help that the man the two had helped send to prison years ago has been spotted in the area.

The story is mostly told from Ellen’s point of view but does have a couple of others, one being the godmother of Sasha back in the past. It was one that was immediately engaging after learning of the missing Sasha and kept a steady pace as the secrets and lies of the past were uncovered. Definitely one I’d recommend checking out for the thriller fans if you get the chance.

Laura Marshall was born in Melbourne, Australia, where she has lived all her life and currently resides with her two young sons. She has a degree in journalism and has a career in advertising. She is currently a partner at the creative agency Mr Smith.