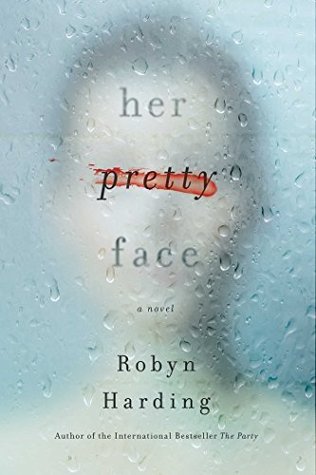 The author of the bestselling novel The Party—lauded as “tense and riveting” by New York Times bestselling author Megan Miranda—returns with a chilling new domestic drama about two women whose deep friendship is threatened by dark, long-buried secrets.

A stay-at-home mom whose troubled son is her full-time job, she thought that the day he got accepted into the elite Forrester Academy would be the day she started living her life. Overweight, insecure, and lonely, she is desperate to fit into Forrester’s world. But after a disturbing incident at the school leads the other children and their families to ostracize the Metcalfes, she feels more alone than ever before.

Until she meets Kate Randolph.

Kate is everything Frances is not: beautiful, wealthy, powerful, and confident. And for some reason, she’s not interested in being friends with any of the other Forrester moms—only Frances. As the two bond over their disdain of the Forrester snobs and the fierce love they have for their sons, a startling secret threatens to tear them apart.

Because one of these women is not who she seems. Her real name is Amber Kunik. And she’s a murderer.

In her masterful follow-up to The Party, Robyn Harding spins a web of lies, deceit, and betrayal, asking the question: Can people ever change? And even if they can, is it possible to forgive the past?

Her Pretty Face by Robyn Harding is a highly suspenseful domestic drama. The book starts off giving the details of the murder of a teen girl that took place in the past before beginning with the characters in the current timeline. The point of view changes each chapter with Frances and Daisy in the now and DJ in the past.

Frances is a housewife and mother to a son who is having some problems at his new school. A bit ostracized from the other mothers Frances is excited when another mother, Kate,  helps her out with her son and the two quickly become friends. Daisy is Kate’s teenage rebellious daughter who is always a little restless and acting out as a lot of teens do. While DJ is the younger brother of the murdered teenager from the past.

Even though the story follows two timelines and three somewhat different stories going on it was still easy to follow and understand the entire read. The addictive part of the book is waiting as the author slowly unravels all of the character lives and then slowly weaves them all together right in front of your eyes while you are reading.

While this one wasn’t what I would call a super twisty read it was still one that was engaging and had a few tricks up it’s sleeve so to speak. I though that the characters in here were quite realistic feeling as we watched a friendship form, struggles with their children and Daisy acting out as most teens do. I’d definitely suggest checking this one out for anyone in the mood for a story full of suspense.

Robyn Harding is the author of several books, including The Party and Her Pretty Face, and has written and executive produced an independent film. She lives in Vancouver, British Columbia with her husband and two children.