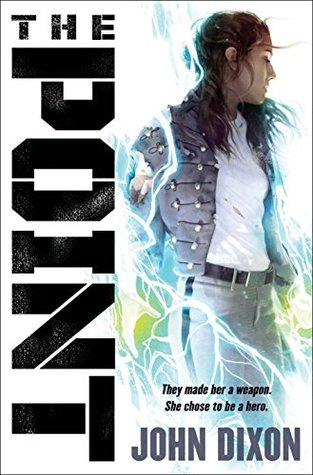 What if you had a power you had to hide from everyone—until now? In this bold sci-fi action thriller, a secret training program at West Point is turning misfits into a new generation of heroes.

Welcome to The Point, future leaders of the Posthuman Age.

New Cadets, society is not ready for you. The oldest, fiercest fear is ignorance. The general population would burn you at the metaphorical stake.

Here, you will train alongside other posthumans. You will learn to control and maximize your powers and to use them for the greater good. You will discover camaraderie and purpose.

You will become a part of something bigger than yourselves: the Long Gray Line.

Scarlett Winter has always been an outsider, and not only because she’s a hardcore daredevil and born troublemaker—she has been hiding superhuman powers she doesn’t yet understand. Now she’s been recruited by a secret West Point unit for cadets with extraordinary abilities. Scarlett and her fellow students are learning to hone their skills, from telekinetic combat to running recon missions through strangers’ dreamscapes. At The Point, Scarlett discovers that she may be the most powerful cadet of all. With the power to control pure energy, she’s a human nuclear bomb—and she’s not sure she can control her powers much longer.

Even in this army of outsiders, Scarlett feels like a misfit all over again, but when a threat that endangers her fellow students arises from the school’s dark past, duty calls and Scarlett must make a choice between being herself and becoming something even greater: a hero.

Scarlett Winter is a rebellious teenager who just wants to find adventure and not bend to the rules around her. On the night of her graduation Scarlett blows off the ceremony to hang out with friends only to find her parents had planned a surprise party she missed.

After a fight with her family Scarlett leaves yet again when the signs of her hidden powers start to get the better of her. What Scarlett didn’t expect was to come across a bomb and stop it from exploding with witnesses to the event.

The next thing Scarlett knows to the delight of her father a couple of military men show up at her door. As much as her father would like her to enlist Scarlett is determined to do things her own way until she’s taken aside and threatened with prison unless she signs up for a secret training program at West Point.

The Point by John Dixon was a decent science fiction thriller about a teen gaining super human powers and getting pulled into a secret program. The thing is this one didn’t feel overly original to me but blended in with a lot of other books of this genre. I also thought this one could have used a bit better world building with explanations of how posthumans came about and their powers right away to draw readers in a bit more quickly in stead of tossing them into the action. In the end I’d give this one 3.5 stars when finished. 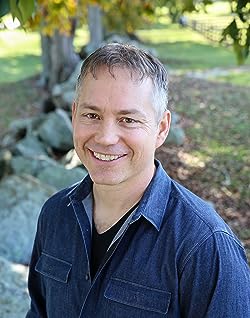