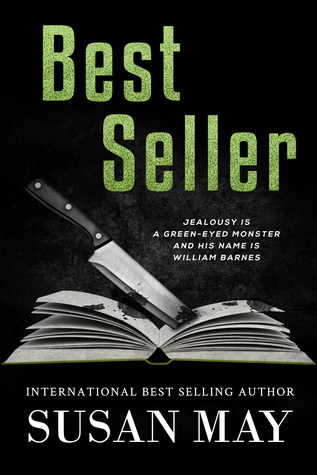 A girl with power over luck. An obsessed author consumed by envy. Two nemeses drawn down a path from which only one will return.

After witnessing her mother’s brutal murder, ten-year-old Nem’s life seems destined for tragedy. Then she discovers an old journal which holds an incredible secret. Nem now possesses the ability to control the fortunes of others. It is said luck is probability taken personally, and she’s about to get personal with her own brand of justice.

Decades later, the literary world hails William Barnes’ debut as a masterpiece. His best seller success, though, doesn’t survive his next two books. Readers abandon him, his publisher cancels his contract, and his agent isn’t returning his calls.

Meanwhile his undeserving protégé, Orelia Mason, enjoys a meteoric rise in the charts, coinciding suspiciously with his fall. So William embarks on a plan to win back the life he’s certain she has stolen. If people die along the way, well, that’s their problem. He’ll discover though, that battling fate when luck is not on your side can be a deadly game.

This is A Star is Born meets A Portrait of Dorian Gray and the consequences are not pretty. In fact, they’re darn well bloody.

From the international best selling author readers call the new Stephen King, comes a dark and twisted tale of jealousy, revenge and a very special power.

Best Seller by Susan May begins by introducing readers to ten-year-old Nem who has found a stray kitten and wants nothing more than to be able to keep the pet. But as Nem is begging her mother to let the kitten stay her mother’s boyfriend walks in on the scene and simply flies off into a rage. Things quickly escalate and turn into a scene of pure horror as Nem’s mother is brutally murdered before her eyes.

As the chapters alternate the point of view then switches to William Barnes who is an author who had sold his first novel which quickly became a best seller. However, William’s attempts to follow up that first novel have not gone well with the critics being none to nice with his reviews. William is sure that his luck has been stolen by a young and upcoming author, Orelia Mason, whom he’d taken on as a protégé.

Now one might wonder when diving in and reading what in the world do these two completely different stories have to do with one another? Well now that would be the question that will eventually be answered but it was quite the ride until then as the story was slowly built.

As the book goes on the seemingly opposite tales are slowly interwoven together with every thing one thought to be true flipped upside down. This thrilling suspense read has a bit of a paranormal twist to it bringing in just that edge of horror to the story so it may not be for everyone but I myself truly enjoyed the story from beginning to end.

I received a free advance copy of this book from the author. 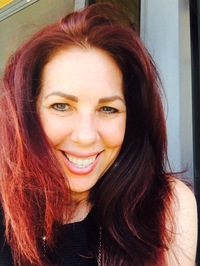 Her books are usually found in the top ten in their categories and she’s been ranked in the top ten Amazon USA horror authors since 2015. Her growing number of fans from all over the world have likened her immersive and page turning style to Stephen King, Dean Koontz, Robert Mathieson, Gillian Flynn and Ray Bradford.

She was four when she decided she would become a writer and packed a bag to march down the road looking for a school. For forty-six years after she suffered from life-gets-in-the-way-osis. Setting a goal to write just one page a day cured her in 2010. This discipline grew into an addictive habit that has since born multiple best-selling dark thriller novels and dozens of short stories and novellas, many of which are published award-winners in Australia, the U.S.A and the U.K.

Passionate film lover since childhood, Susan is also a fim critic with the dream job of reviewing films for a local radio station. You’ll find her several times a week in a darkened cinema gobbling popcorn and enjoying the latest film. She sees 150 plus films a year on screen at the invitation of all the studios and, no, she never tires of them.

Susan lives in beautiful Perth, Western Australia with her two teenage sons and husband, while her mind travels to dark places most would fear to visit unless they love the dark side.