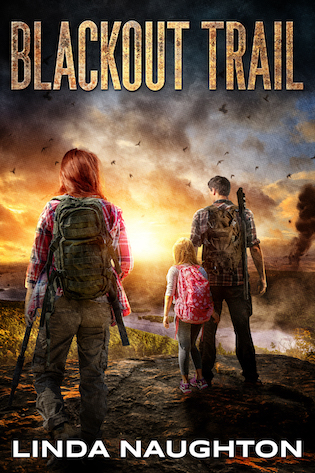 Doctor Anna Hastings is no stranger to disasters, having spent much of her career as an aid worker in conflict zones around the world. Yet when an electrical phenomenon known as an EMP brings down the power grid, Anna faces catastrophe on a scale she never imagined. She must learn what it means to be a doctor in a world deprived of almost all technology.

As the blackout causes planes to fall from the sky, Anna crosses paths with devoted father Mark Ryan in the chaos at the airport. Mark convinces Anna to travel with him and his seven-year-old daughter Lily to their family’s cabin in remote Maine. There Mark hopes to reunite with his wife, and find a safe refuge from a society on the brink of collapse.

Journeying across a thousand miles of backcountry trails, they will face a daily struggle against nature. Their biggest peril, though, may come from their fellow survivors. As Anna grows closer to Mark and Lily, she resolves to see them safely home. But can she hold onto her humanity in a world gone mad?

I lowered the phone and narrowed my eyes at the blank display. No indicators, no clock —nothing. How could it be dead already? I’d charged it before I left Jess ’house last night, and the damn thing was barely a month old. I scowled. “Oh, come on.”

The nearby baggage carousel ground to a shuddering halt. A collective groan from the other passengers drew my attention away from the useless brick in my hand. Snatches of disjointed conversation reached my ears.

“The hell? I had plenty of charge left.”

A growing sense of dread pooled in my stomach. It wasn’t just our baggage carousel that had stopped; they all had. Both the overhead lights and the computer screens showing the baggage carousel assignments had gone dark too. The only light streamed in from the floor-to- ceiling windows lining the perimeter of the baggage claim area. Why hadn’t the emergency lights kicked on?

The automatic sliding doors had also stopped, confounding a gaggle of college kids trying to leave. Beyond the doors, an ominous stillness had replaced the constant bustle of parking

shuttles, cars, and taxis creeping along the pickup lane. There should’ve been engine sounds. Horns. Something. Now there were just a bunch of confused and pissed-off people getting out of their vehicles.

Grumbling from the other passengers gave way to a stunned hush. Panic bubbled just beneath the surface. You couldn’t set foot in an American airport these days without being bombarded with reminders of terrorism. Everyone looked at each other, the same question written on our faces: Was this some kind of attack? What should we do? I expected some sort of alert or explanation over the loudspeaker, telling everyone to remain calm, but none came.

A thunderous crash from the opposite end of the terminal had me ducking and covering my head. Metal screeched on metal, accompanied by the tinkle of shattered glass and an ear- splitting grinding sound. A chorus of terrified cries erupted around me. I’ll admit it—I screamed too. I caught a glimpse of a plane fuselage crashing through the airport ceiling before plowing into the ground.

The plane flattened the south end of the building as casually as a child knocking over a stack of blocks, and the resulting fireball sent flaming debris flying in all directions. At the opposite end, the shock wave knocked me off my feet. A rush of hot air stung my face and hands.

People started picking themselves up off the ground. Dozens of survivors made a mad dash for the exits. Their screams sounded distant to my ringing ears. Non-functioning doors proved to be a mild hiccup for the exodus. The lucky ones smashed through or pried the doors open before they got smashed against the glass.

Catching my breath, I rose to a crouch. The putrid smell of aviation fuel mixed with acrid smoke tickled my throat and made my eyes water. Heart hammering, I surveyed the destruction in slack-jawed horror. The rectangular terminal stretched for the length of a football field, and nothing remained of the south half but fiery rubble. Between here and there was a wide stretch where it looked like a bomb had gone off. 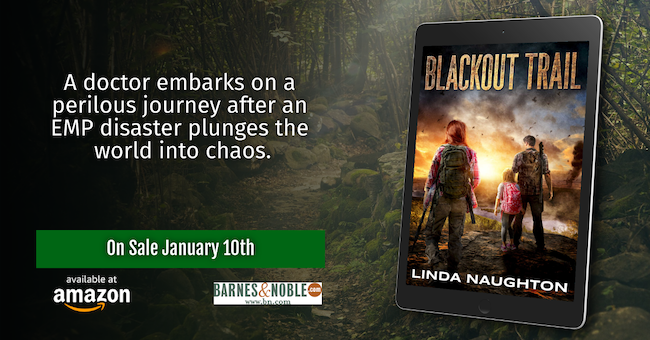 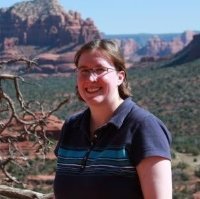 Linda Naughton is a writer, software engineer, paramedic, and mother of two. She’s the author of several novels, gaming products, and the blog Self-Rescuing Princesses. A proud geek and gamer girl, she enjoys TV, movies, video games, and role-playing games. Visit her website at https://lindanaughton.com.