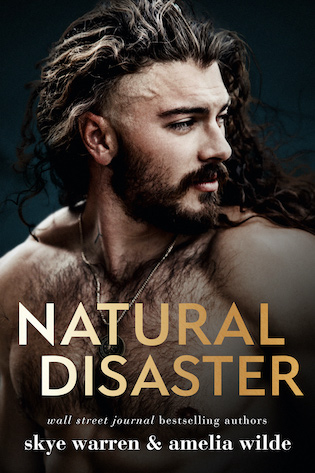 Carter Morelli had a plan when he left London: deliver the wildlife photographer and then complete his secret mission. Except a lethal enemy has watched their every move. They tampered with the plane, leaving them stranded on a deserted island.

And they kidnapped June Porter, the innocent photographer.

In order to save her, Carter must confront the mysterious man in the jungle.

Who is he? Savior or betrayer?

He has no choice but to face the greatest enemy of all: the powerful feelings that draw him toward both June and the man in the jungle. Those feelings might kill them all.

Welcome to the Midnight Dynasty… The warring Morelli and Constantine families have enough bad blood to fill an ocean, and their brand new stories will be told by your favorite dangerous romance authors.

WARNING: This book is intended for readers eighteen years old and over. It contains material that some readers could find disturbing. Enter at your own risk…

A shadow stands up from the sand.

He’s standing in sand that has been thoroughly fucked up by a plane landing on it, and that motherfucker, that green-eyed innocent who needed encouragement to fuck June, is alone. What happened to her? He looks rough, but not particularly beaten. Not shot. The relief is threaded through with stark cold fear. Where the hell is June?

I’m running before I realize it.

Before I’ve had time to catch my breath and assess the situation. Doesn’t matter at all that I’ve just run through the jungle. I could run forever, but I don’t have to. It’s against mission protocol to drop my entire backpack on the ground, but I shrug it off and let it fall.

Theo turns at the sound.

I have two strides to notice his black eye—he has a black eye, someone hit him—and then I’m on top of him. “Where is she? Where the fuck is she?”

He’s just strong enough to stay upright when my fists collide with his chest. His shirt pulls tight in my fists. The crash of the ocean is loud in my ears, or maybe it’s my pulse. “Don’t.”

I want him to tell me she went for a swim. That she’s hiding behind the goddamn jungle leaves. That she’s building a fucking sandcastle.

Anything to disprove the desolation in his beautiful dark eyes.

Don’t. That one word is my worst nightmare.

“What did you do with her?” I shout into his face.

His cheeks are red with the fight and the bruise under his eye is going a deep purple already. It speaks to the force of the hit. I want to brush it with my fingertips, want to demand to know who did it so I can kill them, and that would be the wrong fucking thing, because he’s here and June’s not and her absence strikes me as offensively wrong.

A heartbeat passes, maybe two, and I back him up toward nothing, toward more sand, and drag him in closer. I make my voice dangerously soft. “Sorry about what, Theo?”

He doesn’t make any move to touch me.

He doesn’t lift his hands to shove me off.

He just…looks away. “I didn’t want to ruin her, Carter. We were touching her. Kissing her.”

“We fucked her six ways to Sunday. I know that. What did you do?”

“I saved her the only way I could. By sending her away.” 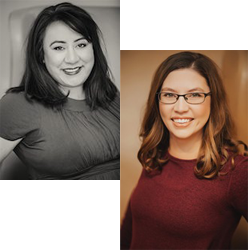 Skye Warren is the New York Times bestselling author of dangerous romance. Her books have sold over one million copies. She makes her home in Texas with her loving family, sweet dogs, and evil cat.

Amelia Wilde is a USA TODAY bestselling author of steamy contemporary romance and loves it a little too much. She lives in Michigan with her husband and daughters. She spends most of her time typing furiously on an iPad and appreciating the natural splendor of her home state from where she likes it best: inside.

Amelia is a USA Today best selling author from northern Michigan. Be her friend!