How Snowball Stole Christmas by Kristen McKanagh blitz with giveaway 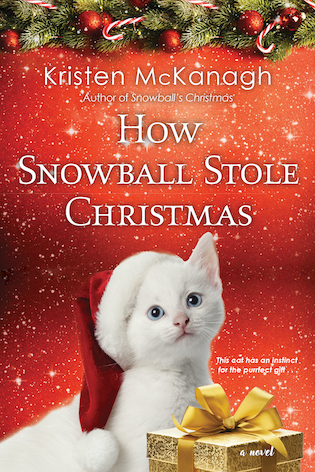 It’s Christmas time at the Weber Haus mountainside inn, where the official greeter, watcher, and matchmaker of the hotel’s resident humans is an adorably mischievous bundle of feline fluff named Snowball. Snowball takes her job very seriously –even if it means being a little more naughty than nice –and she’s ready to celebrate her third holiday season by making the purrrrfect match.

Most cats have nine lives, but Snowball is one of the very few with two jobs. Officially, she’s the Weber Haus inn’s greeter. Unofficially, she’s the town matchmaker. Her track record is the cat’s pajamas—until she meets her owner’s grinchy brother, Peter Diemer. Peter hopes to move the family bookstore to a busy location downtown—but someone else has outbid him for the last storefront.

Christmas is the ideal season for Lara Wolfe to fulfill her dream of expanding her home business into a real shop. Too bad someone is posting negative comments on the town forum. What kind of Grinch objects to a toy store?

Snowball is sure these two are a perfect match. They already have so much in common—books are a kind of toy, right? Now all they need to add to the mix is love, and Snowball has just the shenanigans up her furry sleeve to deliver a sweet romance in time to make the season merry and bright . . .

–Modern Cat on The Twelve Days of Snowball

A second car pulling to a stop, headlights flashing across the ceiling, is new. Did Peter bring someone home with him?

Do I care enough to go look?

With a sigh I drop to the ground and pad silently across the carpeted floor to leap to the windowsill facing the street. Peter lives in what he calls a townhome. As far as I can tell, this is just a bunch of homes all squished together with a tiny garden in the back. Hardly a patch. I can hear people on the other sides of the walls, but I can’t get into the other units. People are weird.

This is an interesting development though…

Someone is parked in front of the unit next door. Until a few days ago no one lived there that I’ve been able to tell. Until Christmas lights went up. I can see the side of Peter’s dark head turned slightly toward me as he’s looking over at what appears to be a woman buried up to her waist in the trunk of the car parked there.

What’s interesting isn’t her…it’s him. The fact that he’s bothering to look. Peter doesn’t bother with anyone these days.

Visions of happy humans falling in love dance in my head.

After all, I have a gift for matchmaking. Those silly creatures just can’t see happiness staring them in the face until I show the way. And Peter, despite being a bit of a grump lately is one of the good ones. He deserves happiness.

Since he’s moved back home, he seems sort of… I don’t know. Restless. What Peter needs is to fall in love and settle down. That would fix everything.

He takes a step off the porch and my ears prick and my whiskers twitch in anticipation.

Except, instead of going over to nicely introduce himself, he stomps in her direction. I frown. What is he doing?

“Hey!” He doesn’t shout it, but with his low voice, it’s close enough.

With a screech to wake the ghosts of Christmas past, the woman jerks up, banging her head into the top of the trunk with enough force that I can hear it through the window.

Hand to her chest, she scrambles away from Peter, her expression a picture of fright.

Good job, Peter. I give a little kitty huff. He’s going to mess everything up before I can even get them started. 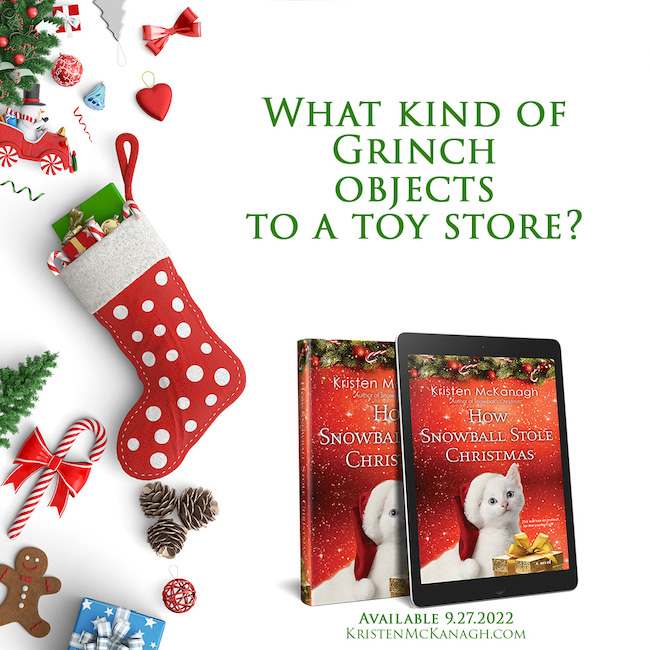 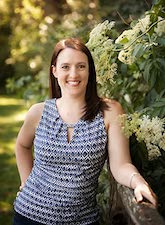 Kristen attempted to find a practical career related to her favorite pastime by earning a degree in English Rhetoric (Technical Writing) and an MBA. However, she swiftly discovered that writing without imagination is not nearly as fun as writing with it.

Kristen currently resides in Austin, Texas, with her own swoon-worthy hero, their amazing kids, who are growing up way too fast, and 2 adorable fur babies.