Welcome to the tour for Burning Bright, the next exciting novel in Michele Kwasniewski’s series, The Rise and Fall of Dani Truehart! 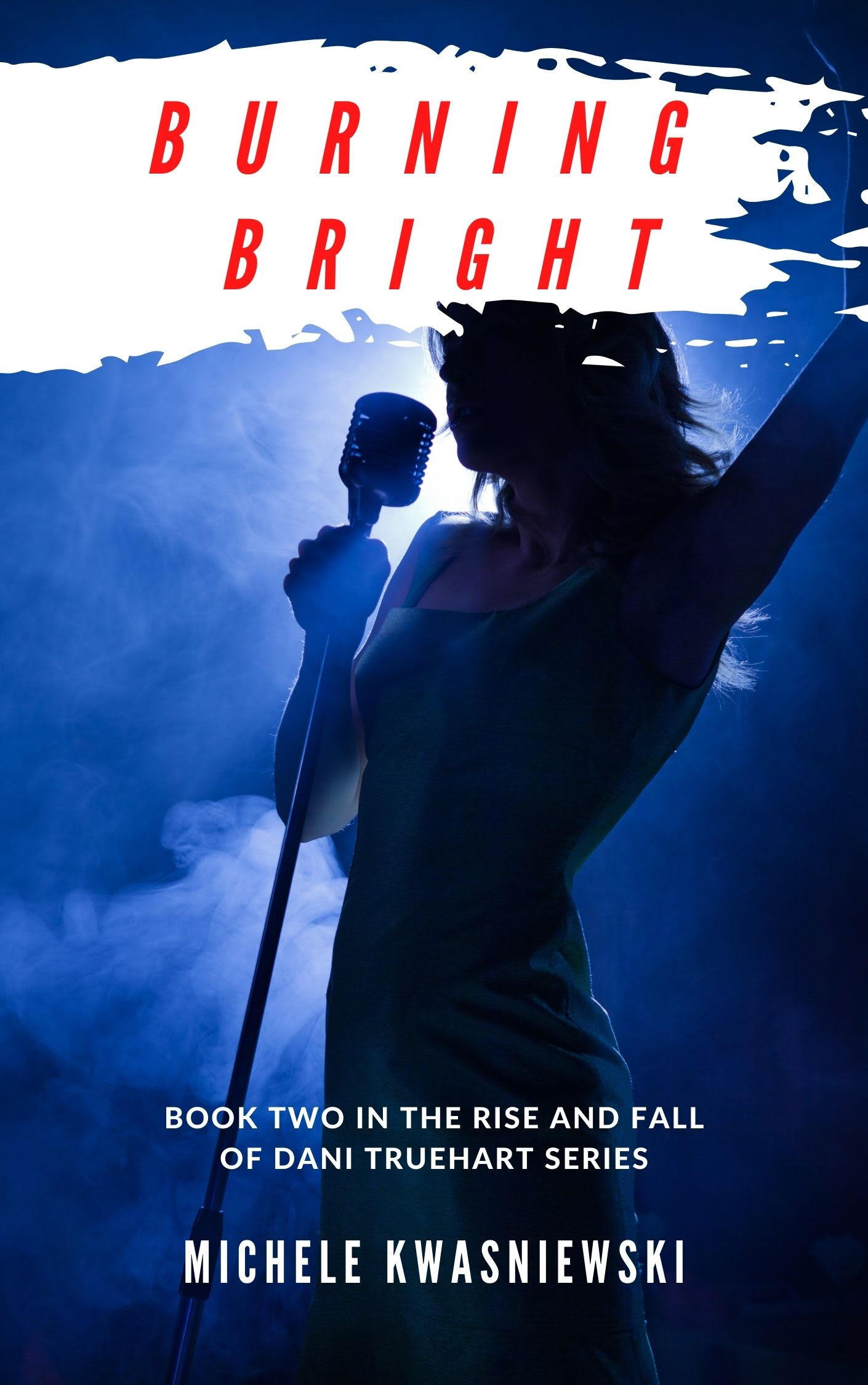 Burning Bright (The Rise and Fall of Dani Truehart #2)

Fresh off the debut of her EP, sixteen year old Dani Truehart is flying high on a string of number one hits. After locking down her first full-length album in record time and furiously preparing for her world tour, Dani is torn between leaving her loved ones behind and embracing her burgeoning stardom.

Dani’s fame and fortune, along with her ego, explode as her tour moves across the globe. Elated when two of Hollywood’s hottest young actors, Kayla Spencer and Trey Connors, befriend her, Dani finds herself living life in the fast lane and recording her second album as she tours. Constantly dogged by the paparazzi, Dani basks in the adoration of The TrueHart Nation, her loyal super-fans who are ready to follow her around the world and go to war with anyone who dares dis their favorite pop star whom they’ve dubbed The Queen of Harts.

But with her mother’s desperate attempts to cash in on her fame getting bolder, a public drunken scandal and her inability to connect with her boyfriend Sean and her best friend Lauren, Dani relies on her guardian Martin Fox and manager Jenner Redman to clean up her messes. She also increasingly depends on the drinks tour dancer Beau slips her to cope with her overwhelming life. Between juggling her drinking on the sly, the pressures of her public image and her ever-increasing fame, Dani and Beau wind up cornered in a huge lie in order to keep her secrets under wraps. The pressure crescendos when Dani’s mother blackmails her about her drinking and best friend Lauren catches Trey kissing Dani at the launch of her third album. Desperate to keep Lauren from telling Sean and Kayla about the kiss, Dani makes a choice that threatens not only to take her down, but everyone who has made her a star.

Looking like a carbon copy of last night but feeling like a shadow of myself, I sit on a huge gold and red throne backstage, waiting for the video package to roll. “Sounds like you had quite the adventure last night, rock star?” Beau elbows me playfully. I wince, grateful for the darkness that hides my burning cheeks.

“You wouldn’t have thrown up on my watch. I’d never let you get that sloppy.” He winks.

“Uh, thanks, I guess. But trust me, that whole scene won’t be happening again. Jenner and Martin have me on lockdown, and my parents are threatening to pull me off tour if it does.”

“Yeah, right. Like MEGA’s going to let your mom and dad kill the cash cow that’s raking in millions of dollars.” He gives me a wry look, his features eerily highlighted by the dim blue stage safety light. “Not likely. They might talk a big game, but trust me, you could steal a car, rob a bank or slap the president of the United States and you’d still find yourself on stage at curtain time.” 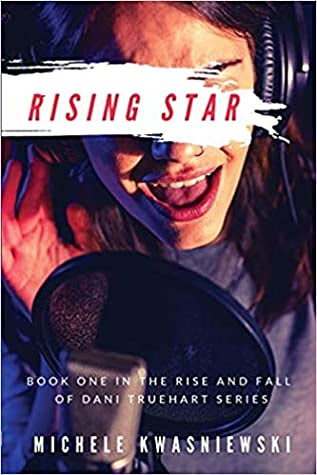 Rising Star (The Rise and Fall of Dani Truehart #1)

In the first book in THE RISE AND FALL OF DANI TRUEHART series, RISING STAR, fifteen-year-old Dani Truehart is living a life that is not quite her own. Driven by her mother’s desire for fame and fortune, she has spent her childhood dutifully training for a career as a pop star. On the brink of discovery, doubts begin to creep into Dani’s mind as she questions her own desire for fame, and she wonders whether she can trust the motivations of the adults who are driving her forward.

Following a brilliant audition arranged by her vocal/dance coach and former ’80s pop icon Martin Fox, Dani is thrown full-force into the music industry. She leaves her friends, family and scheming mother behind to move with Martin, who has become her legal guardian, into the Malibu compound of her new manager, Jenner Redman. Jenner, the former swindling manager of Martin’s boy band, leverages what’s left of his depleted fortune to launch Dani’s career.

Isolated from her life at home and trying to stay apace with her demanding schedule, Dani struggles to keep in touch with those she loves, connect to her withholding mother and find her voice as an artist. With Martin and Jenner at odds over their rocky past and finding herself unprepared to handle the pressures of her future singing career, Dani’s debut album and future stardom are at risk of falling apart. 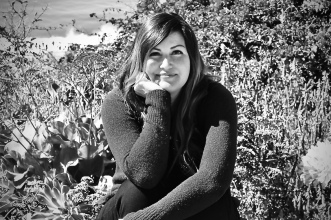 After graduating from Loyola Marymount University with a BA in Technical Theater, Michele Kwasniewski spent over fifteen years in film and television production. Starting out as a film set assistant on movies such as INDEPENDENCE DAY, FACE/OFF, PRIMAL FEAR, and EVITA, she worked her way up to production manager on TV shows including BIG BROTHER, ADOPTION STORIES, EXTRA YARDAGE and MEET THE PANDAS. She is also a proud member of the Producers Guild of America. Michele’s colorful experiences in the industry inspired her to write THE RISE AND FALL OF DANI TRUEHART series. Michele lives in San Clemente, California with her husband, their son, and their disobedient dachshund. RISING STAR is her first novel.

Win bookish swag! Click the link below (US ONLY)!