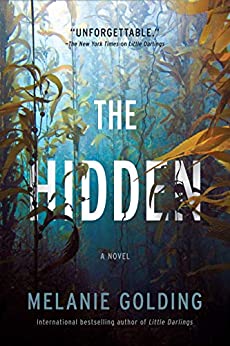 One dark December night, in a small seaside town, a little girl is found abandoned. When her mother finally arrives, authorities release the pair, believing it to be an innocent case of a toddler running off.

Gregor, a seemingly single man, is found bludgeoned and left for dead in his apartment, but the discovery of children’s toys raises more questions than answers.

Every night, Ruby gazes into Gregor’s apartment, leading to the discovery of his secret family: his unusually silent daughter and his mentally unstable wife, Constance, who insists that she is descended from the mythological Selkies. She begs Ruby to aid in finding the sealskin that Gregor has hidden from her, making it impossible to return to her people.

DS Joanna Harper’s investigation into Gregor’s assault leads her to CCTV footage of the mother-daughter pair from town. Harper realizes she knows the woman almost as well as she knows herself: it’s her estranged daughter, Ruby. No matter the depth of Ruby’s involvement, she knows she will choose her daughter over her career.

The Hidden by Melanie Golding is a thriller novel that has a touch of fantasy in the story. One of the characters in this one believes she’s a Selkie, which is a creature in Celtic and Norse mythology that can change form from a seal to human. I’d say really the book reads more like a thriller novel than fantasy coming from a fan of both genres. The book is also one that changes the point of view between characters and also has chapters that are in the past along with the current timeline.

One night in December police are called to two different locations for two very different reasons. At a store along the waterfront a young child is upset she can’t find her mother but soon a woman who claims to be the child’s mother arrives and says the girl ran off. At an apartment DS Joanna Harper is called in when a man is found beaten in a bathtub barely clinging to life. Soon Joanna finds evidence that the two cases may be related and that her estranged daughter may be involved.

I’m not sure how others will feel about this one but I loved how Melanie Golding took the mythology and wove it into a thrilling novel. For me the story flowed well as it changed between characters with each being distinctive along the way and also as it flashed back to show the reader how everything came to be that day.  The story was definitely a compelling one as I couldn’t turn the pages fast enough to see how the investigation and the fantasy side turned out in the end. 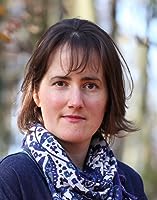 Melanie Golding is a graduate of the MA program in Creative Writing from Bath Spa University, with distinction. Her occupations have been varied including farmhand, factory worker, childminder, and music teacher. Throughout all of this, because and in spite of it, there was always the writing. In recent years she has won and been shortlisted in several local and national short story competitions. Her first novel, Little Darlings, has been optioned for screen for Free Range Films.

← Feeding My Addiction…
Cover Reveal: A History of Vampires: A New Queen by Amanda Lewis →