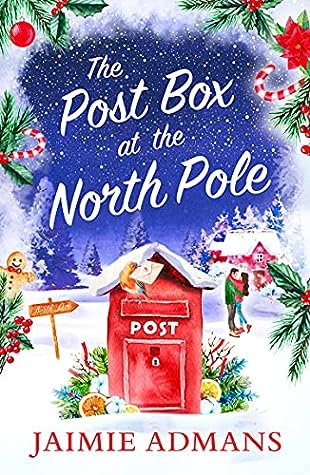 Dear Santa, I wish I could believe in magic again.
From, Sasha Hansley.

Sasha Hansley hates Christmas. As a child, it was her favourite time of year, but ever since the tragic death of her mother, it has completely lost its magic.

But when she gets an unexpected phone call from her eccentric estranged father, she’s forced to dust off her snow boots.

He has been running a Lapland style Christmas village in Norway and after suffering a heart attack, he is on strict doctor’s orders to slow down. Eager to reconnect with her dad, Sasha books the next flight out there. Only she has never actually been on a plane before, let alone to the Arctic Circle.

Met at the runway by drop-dead-gorgeous Taavi Salvesen, they sleigh ride through the snow with the Northern Lights guiding their way.

When Sasha uncovers sacks of unopened Santa mail – letters that children and adults from all over the world write to Santa every year – she realises that she can send a little bit of magic out into the world by replying to some of them.

With Taavi on hand to help, will Sasha rediscover her own excitement for Christmas and find love among the letters?

The Post Box at the North Pole is like one big romantic mug of hot chocolate with extra whipped cream and a splash of Christmas magic! Fans of Holly Martin, Sarah Morgan and Heidi Swain will love this novel!

The Post Box at the North Pole by Jaimie Admans is a standalone Christmas contemporary romance novel. In this story Sasha Hansley is a bit of a grinch when it comes to Christmas these days with that feeling starting after the loss of her mother. Sasha’s father at that point decided to travel the globe leaving his daughter alone every holiday.

One day Sasha gets a call from her father asking her to come to northern Norway to help him recover from a heart attack. Sasha of course agrees but plans to go to bring her father home with her and sell his property in Norway. Once the plane lands a man, Taavi,  waits for Sasha at the airport her father has sent and much to Sasha’s surprise intends for them to travel by dog sled.

Sasha can’t get over how remote her father’s property actually is and is even more surprised to see it’s some kind of Christmas village. Taavi is running a reindeer rescue and helping her father with his rental cabins and property.  Sasha still plans to sell but she soon finds herself caught up in all the letters to Santa and trying to help.

I have read a few other books by Jaimie Admans so I had a feeling of what to expect going into this one and at the top of my list was how she manages to bring her settings to life. For the time I spend reading this story I could just imagine the village and the Northern lights perfectly. Everything going on in the story kept the pages turning as I settled in and began to love the characters. There was just one little part that I questioned but overall I had this one at four and a half stars and really enjoyed the Christmas magic. 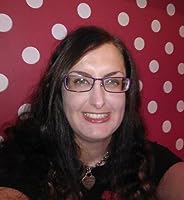 Jaimie is a 36-year-old English-sounding Welsh girl with an awkward-to-spell name. She lives in South Wales and enjoys writing, gardening, and drinking tea, although she’s seriously considering marrying her coffee machine. She loves autumn and winter, and singing songs from musicals despite the fact she’s got the voice of a dying hyena. She hates spiders, hot weather, and cheese & onion crisps. She spends far too much time on Twitter and owns too many pairs of boots.
She will never have time to read all the books she wants to read.

She is the author of several romantic comedies for HarperCollins – The Chateau of Happily Ever Afters, The Little Wedding Island, It’s a Wonderful Night, The Little Vintage Carousel by the Sea, Snowflakes at the Little Christmas Tree Farm, The Little Bookshop of Love Stories, The Wishing Tree Beside the Shore, The Little Christmas Shop on Nutcracker Lane, and The Post Box at the North Pole.