The Sound of Stars by Alechia Dow #bookreview #YA #scifi #fantasy 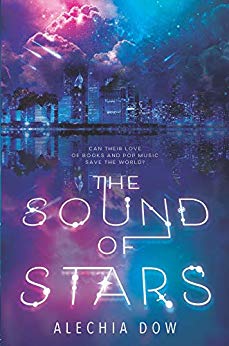 Title: The Sound of Stars

Can a girl who risks her life for books and an Ilori who loves pop music work together to save humanity?

When a rebel librarian meets an Ilori commander…

Two years ago, a misunderstanding between the leaders of Earth and the invading Ilori resulted in the death of one-third of the world’s population. Today, seventeen-year-old Ellie Baker survives in an Ilori-controlled center in New York City. All art, books and creative expression are illegal, but Ellie breaks the rules by keeping a secret library.

When young Ilori commander Morris finds Ellie’s illegal library, he’s duty-bound to deliver her for execution. But Morris isn’t a typical Ilori…and Ellie and her books might be the key to a desperate rebellion of his own.

The Sound of Stars by Alechia Dow is a young adult science fiction fantasy. This one is set in dystopian world in which aliens have invaded and the story is told by changing the point of view between the characters.

Two years before the Ilori were responsible for the deaths of a huge portion of the Earth’s population. Now survivors are living in Ilori controlled centers always at risk of being another death in the Ilori’s takeover. Janelle “Ellie” Baker is a seventeen year old survivor that lives in a New York center.

Ellie knows that breaking any of Ilori’s rules could result in her death but decided that holding onto a little human happiness is worth the risk. Ellie runs an underground library of any media she was able to save after the invasion. M0Rr1S was born in a lab and should be emotionless but M0Rr1S has found he is curious about the humans so when he finds Ellie’s lab he can’t bring himself to turn her in.

The Sound of Stars was the type of book that I felt hey that could be me when I began reading. I mean a world without books?? I would probably be hoarding those things right along with Ellie and of course I couldn’t help but root for her when she was risking everything to bring them to others. I also enjoyed M0Rr1S and was definitely interested in what would happen with the two of them in their dystopian world. 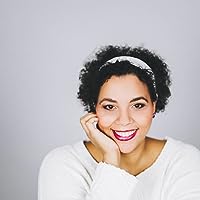 Alechia Dow is a former librarian and pastry chef living abroad with her partner in Germany. When she’s not writing, you can find her having epic dance parties with her daughter, baking, reading, or taking teeny adventures around Europe.