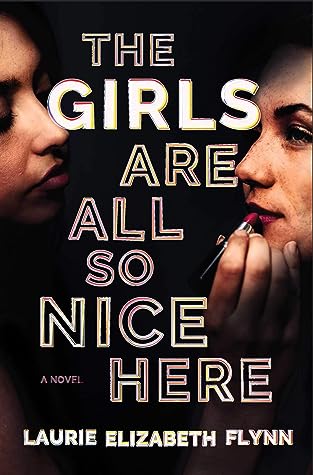 Title: The Girls Are All So Nice Here

Two former best friends return to their college reunion to find that they’re being circled by someone who wants revenge for what they did ten years before—and will stop at nothing to get it—in this “propulsive” (Megan Miranda, bestselling author of The Girl from Widow Hills) psychological thriller.

A lot has changed in years since Ambrosia Wellington graduated from college, and she’s worked hard to create a new life for herself. But then an invitation to her ten-year reunion arrives in the mail, along with an anonymous note that reads, “We need to talk about what we did that night.”

It seems that the secrets of Ambrosia’s past—and the people she thought she’d left there—aren’t as buried as she believed. Amb can’t stop fixating on what she did or who she did it with: larger-than-life Sloane “Sully” Sullivan, Amb’s former best friend, who could make anyone do anything.

At the reunion, Amb and Sully receive increasingly menacing messages, and it becomes clear that they’re being pursued by someone who wants more than just the truth of what happened that first semester. This person wants revenge for what they did and the damage they caused—the extent of which Amb is only now fully understanding. And it was all because of the game they played to get a boy who belonged to someone else and the girl who paid the price.

Alternating between the reunion and Amb’s freshman year, The Girls Are All So Nice Here is a “chilling and twisty thriller” (Book Riot) about the brutal lengths girls can go to get what they think they’re owed, and what happens when the games we play in college become matters of life and death.

The Girls Are All So Nice Here by Laurie Elizabeth Flynn is a mean girls thriller, I mean really did you think they would be nice? The story is one that is told by alternating the timelines between the current and past.

It’s been ten years since Ambrosia Wellington had been in college and it’s now time for the Wesleyan ten years reunion. When Amb is reading through the invite however she comes across a threatening note saying “It’s time to talk about what we did.” You see, Amb and her bestie, Sloane ‘Sully’ Sullivan, share a secret of just how far they went their first semester and now someone seems to know.

The Girls Are All So Nice Here began as a slow burn thriller as the story is set between the past and present then felt a little faster towards the end. While I was engaged in this one and wanted to know what would happen and how it would all turn out I did have my guesses and found some parts to be a bit on the predictable side. Overall though when said and done I would rate this thriller at three and a half stars having feel on the likable side of the rating scale. 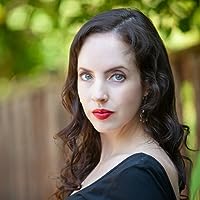 Laurie Elizabeth Flynn is a former model who lives in London, Ontario with her husband and their three children. She is the author of three young adult novels: Firsts, Last Girl Lied To, and All Eyes On Her, under the name L.E. Flynn.

Her adult fiction debut, The Girls Are All So Nice Here, will be published in 2021. It has sold in 10 territories worldwide and been optioned for television by AMC.

When she’s not writing, you can likely find her hiking in the woods, perusing thrift stores for vintage dresses, or bingeing on reality TV.

← Feeding My Addiction….
Tribute to the Alpha by Cara Wylde blitz with giveaway →