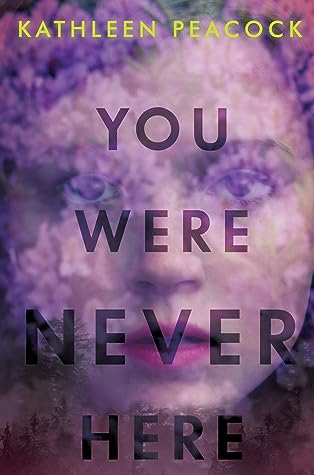 Title: You Were Never Here

Cat hasn’t been to Montgomery Falls, the town her family founded, since she was twelve years old. Since the summer she discovered she could do things that no normal twelve-year-old could do. Since she had her first kiss with Riley Fraser. Since she destroyed their friendship.

Now, five years later, she’s back and Riley has disappeared.

When Noah, Riley’s brother, asks for help in discovering what happened, Cat is torn between wanting to learn the truth and protecting the secret that she’s been guarding ever since that summer she and Riley stopped speaking. Only one choice will put her in a killer’s sights…

This engrossing mystery with a hint of the supernatural is perfect for fans of The Darkest Corners by Kara Thomas and Bone Gap by Laura Ruby.

You Were Never Here by Kathleen Peacock is a young adult supernatural mystery/thriller read. The story is told in a first person point of view and the protagonist in the story has an ability to touch others and get visions from them but with a negative impact on herself.

Cat is headed on the bus from her home with her father in New York to stay with her aunt in the small town of Montgomery Falls in Canada. Cat feels as if this trip is a punishment and she’s not looking forward being in the small town once again after five years away.

Once Cat arrives to Montgomery Falls though she immediately notices a missing poster. The poster catches Cat’s attention because the boy in the photo is none other than Cat’s childhood best friend, Riley. The poster has to be old, right? Cat’s aunt said nothing of Riley’s disappearance but unfortunately Cat finds that he hasn’t been found in the three months since he went missing.

If there were anything that I would sort of complain about with You Were Never Here by Kathleen Peacock it would be that I felt this one could have used a bit more depth to certain aspects of the story, including that of the protagonist’s ability. I did like the story with the setting giving just the right eerie feel and the mystery being engaging enough that I was curious all the while as to how it turned out. This one was a bit of a slow burn although as much as I normally complain of that I didn’t mind so much here. Overall I’d give this one three and a half stars, mostly due to wishing there were more to Cat’s touch as far as background and use. 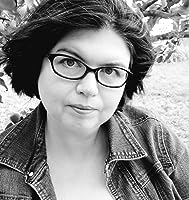 Kathleen Peacock spent most of her teen years writing short stories–all of which contained much angst and none of which survived high school. After working as a graphic designer, unofficial technical writer, and publicist, she returned to school to pursue an undergraduate degree. She lives in New Brunswick–just a few hours from the border with Maine–and is also the author of the Hemlock series.