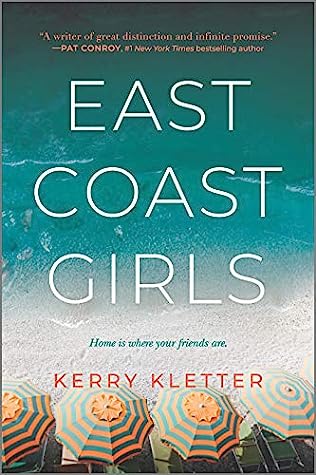 They share countless perfect memories—and one they wish they could forget.

Childhood friends Hannah, Maya, Blue and Renee share a bond that feels more like family. Growing up, they had difficult home lives, and the summers they spent together in Montauk were the happiest memories they ever made. Then, the summer after graduation, one terrible night changed everything.

Twelve years have passed since that fateful incident, and their sisterhood has drifted apart, each woman haunted by her own lost innocence. But just as they reunite in Montauk for one last summer escape, hoping to find happiness once more, tragedy strikes again. This time it’ll test them like never before, forcing them to confront decisions they’ve each had to live with and old secrets that refuse to stay buried.

East Coast Girls by Kerry Kletter is a contemporary women’s fiction or chicklit title that also has a little bit of mystery involved in the story. The book is one that changes the point of view between the main characters as it goes along.

The story is one about four childhood best friends, Hannah, Maya, Blue and Renee who come together again after twelve years apart after an incident had occured right before they were to head to college. Hannah, Blue, and Maya had planned a weekend in Montauk where the girls used to gather but since Renee and Blue have not spoken all this time she was to be left out until Maya invites her as a surprise. Of course having them all together again brings back the memories of just what happened as the four face the past.

East Coast Girls sounds like a book that would be right up my alley and one that I should have totally fell in love with. However, when finished with this one I just thought this one was just alright, I didn’t dislike it but I didn’t fall in love either. The story was a slow burner and that is something that often drags a book down for me and Kerry Kletter’s writing style was one that was lyrical and sometimes that works for me and sometimes it doesn’t. I also really didn’t care for one of the characters while just thinking the others were just ok too so in the end this one could only fall into that middle three star rating. 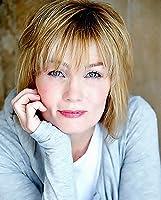 Kerry Kletter holds a degree in literature and is the critically-acclaimed author of the young adult novel The First Time She Drowned. She also has an extensive background in theater, having appeared in film, television, and onstage. She lives in Los Angeles and adores her friends, her partner David, dogs, neuroscience, funny people, Montauk, surfing, and French fries. East Coast Girls is her first adult novel.