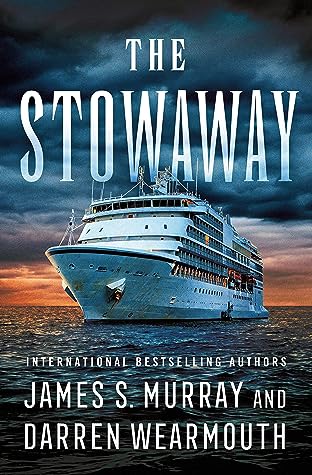 From writer, producer, and actor best known as “Murr” on the hit television shows Impractical Jokers and The Misery Index, James S. Murray, and co-writer Darren Wearmouth, comes The Stowaway, a suspenseful masterpiece that leaves a cruise ship stranded at sea with a serial killer hiding aboard.

Two years ago, Maria Fontana, the head of the Psychology Department at Columbia University, sat on a jury for one of the most depraved cases ever to pass through the hallowed halls of City Hall. Wyatt Butler, an antique watch restorer and alleged serial killer, was portrayed in the courtroom as a brutal monster. But Maria had to make the tough choice. In good conscience, she couldn’t convict him based purely on circumstantial evidence, and her deciding vote set Wyatt Butler free. The media soon outed her as the lone juror and her successful and quaint life was turned upside down. The victims of Wyatt’s ritualistic killings never forgave her either.

Now, she and her family have decided to take a vacation to get away from everything: a two-week-long transatlantic cruise. Nothing, and nobody should be able to bother her there. With her two twins and her fiancé Steve, she is set to put the past behind her as soon as the ship leaves port. But when a passenger mysteriously disappears, Maria is left to wonder if maybe this was no coincidence. When another passenger is discovered brutally murdered in a similar way to Butler’s ritualistic MO, the ship goes on lockdown.

Maria, one of only twelve people in the world with intimate knowledge of the case, faces a perilous ticking clock. Is it a copycat? Or is she trapped on board with the bloodthirsty maniac she chose to set free?

The Stowaway by James S. Murray and Darren Wearmouth is an incredibly fast paced thriller from start to finish. The begins with a jury trial but then jumps ahead in time for the rest of the story aboard a cruise ship. This is one thriller in which the killer is known from the start so it’s not a mystery to the identity but just how far he will go. I’d also add a trigger warning with this as some of it is incredibly graphic and not at all for the squeamish which includes violence against children.

Maria Fontana was one of the unlucky few that were chosen to serve on the jury for accused serial killer, Wyatt Butler. In the court of public opinion Wyatt Butler was guilty so when the verdict came in and someone voted to set him free the jurors were not very popular people. When the threats continued to come in and someone actually tracked Maria down and confronted her she made a public appearance asking the public to back down.

After everything that happened due to the trial Maria’s job as a professor became in question with the public up in arms over the innocent vote. Maria’s boss thought the best thing was for Maria to take a leave of absence and let things cool down. After two years of staying out of anyone’s sight or minds Maria thinks it’s about time she got back out there and continued her life so she agreed to a cruise with her family. Right after boarding the ship though things begin to happen that leads Maria to believe  Wyatt Butler has followed her to sea.

First, let me take a step back when I said the killer was known in this one, I don’t want to make it sound like there is no guessing or mystery at all because as much as you know who was on trial his whereabouts on the ship is still a mystery. And let me add that as much as I read and guess outcomes I was wrong on my first guess so that added to my enjoyment. I will say though that I am a fan of cruising and for the most part I think the author kept that aspect as realistic as it could be to progress the story but I don’t think everything happening actually could happen on a ship. Overall though the suspense in this one was definitely there and it was one that I couldn’t turn the pages fast enough to find out what would happen. 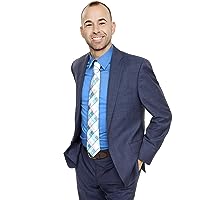 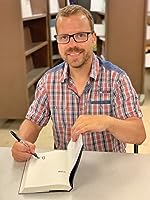 JAMES S. MURRAY is a writer, executive producer, and actor, best known as “Murr” on the hit television show Impractical Jokers on truTV. He is the bestselling author of the novels Awakened and The Brink. Originally from Staten Island, he now lives in Manhattan.

DARREN WEARMOUTH is a bestselling author and co-author of many novels, including Critical Strike and Fast Forward. He is a member of the International Thriller Writers Group and the British Science Fiction Association, and currently lives in Manchester, England.