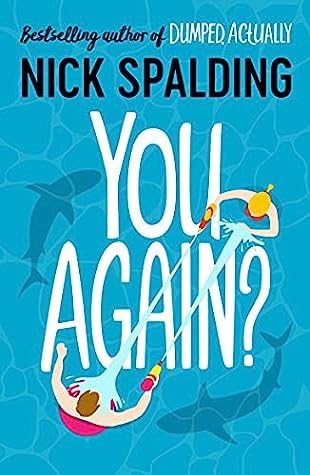 From the bestselling author of Dumped, Actually comes a hilarious, heartfelt story about marriage, divorce and what the hell happens next.

Amy and Joel’s honeymoon in the Maldives was the perfect week of love, sun, sex and a free minibar…but unfortunately, it was also the high point of a marriage that quickly descended into an absolute disaster zone.

Eight years on, they’re back in paradise, trying to recreate the magic with new partners. What a crying shame they’ve picked the same week to do it…

Trapped together on an island small enough to spit across with the wind behind you, Amy and Joel pick up right where they left off: at total loggerheads. And so begins a hideous week of rivalry, one-upmanship and score-settling—as each tries to prove they’ve now comprehensively won at life.

The thing is, hurt and pain are strongest where there was once love. And what if being back in this island paradise, with all its wonderful memories, sets sparks flying in more ways than one?

You Again? by Nick Spalding would probably best be described as just a chicklit comedy. Some may toss this one into the romance pile but there isn’t really romance as you follow the two couples involved since half of each couple were once married and now feuding.

Amy and Joel had once gotten married and enjoyed a perfect honeymoon on an island in the Maldives. Since that time they have divorced and moved on in the two years since their divorce with other people. The marriage had not ended on a happy note and Amy and Joel have not really spoke in the two years.

When an Expedia deal pops up for the Maldives Joel knows it would be the perfect place to take his girlfriend to relax after some rough times at work lately. However, when Joel is checking into the airport he sees his ex-wife and does his best to avoid her while he waits for his flight. While boarding though Amy is right there across the aisle from Joel heading to the Maldives with a new man.

You Again? was one of those books that it seemed like as soon as I started reading I was cackling out loud making my family wonder if I’d completely lost it. This one brings to mind the old saying of there are three sides to every story, his, hers and the truth and readers get to follow a hilarious week in an amazing locale while they peel back the layers to the characters stories to find the truth. The only reason I didn’t give this one a full five stars was because being American a few jokes didn’t translate with the characters being European otherwise it was a great read. 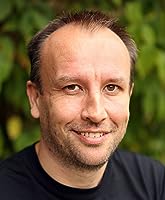 Nick Spalding is an author who, try as he might, can’t seem to write anything serious.

Before becoming a full-time author, he worked in the communications industry, mainly in media and marketing. As talking rubbish for a living can get tiresome (for anyone other than a politician), he thought he’d have a crack at writing comedy fiction – with a very agreeable level of success so far, it has to be said. Nick has now sold over two million books – including over a million books sales with Amazon Publishing alone. This flabbergasts him every single day.

Nick lives in the South of England with his lovely (and extremely patient) wife. He’s now in his mid forties – and is rather annoyed at the universe about it, because it gave him no choice in the matter. He’s also addicted to Thai food, still thinks Batman is just about the coolest thing on Earth, and has a dreadful singing voice.

Nick is always happy to hear from people who like his work. It keeps his fragile ego glued together for a little bit longer. If you’d like to get in touch, here’s how you can do it: