The Space Between Worlds by Micaiah Johnson #bookreview #fantasy #scifi 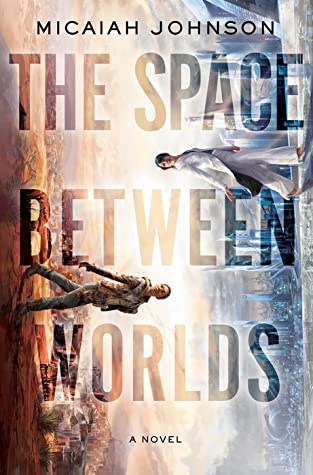 Title: The Space Between Worlds

Multiverse travel is finally possible, but there’s just one catch: No one can visit a world where their counterpart is still alive. Enter Cara, whose parallel selves happen to be exceptionally good at dying—from disease, turf wars, or vendettas they couldn’t outrun. Cara’s life has been cut short on 372 worlds in total.

On this dystopian Earth, however, Cara has survived. Identified as an outlier and therefore a perfect candidate for multiverse travel, Cara is plucked from the dirt of the wastelands. Now what once made her marginalized has finally become an unexpected source of power. She has a nice apartment on the lower levels of the wealthy and walled-off Wiley City. She works—and shamelessly flirts—with her enticing yet aloof handler, Dell, as the two women collect off-world data for the Eldridge Institute. She even occasionally leaves the city to visit her family in the wastes, though she struggles to feel at home in either place. So long as she can keep her head down and avoid trouble, Cara is on a sure path to citizenship and security.

But trouble finds Cara when one of her eight remaining doppelgängers dies under mysterious circumstances, plunging her into a new world with an old secret. What she discovers will connect her past and her future in ways she could have never imagined—and reveal her own role in a plot that endangers not just her world but the entire multiverse.

In the world of this book people are able to travel between the multiverses in their 380 different worlds. However, no one can travel to a world where their own self is still living or that means death. Cara is now able to travel to 372 of the worlds available with only eight of her left. When one of her eight remaining dopplegangers dies Cara finds herself in danger.

I think for me my biggest problem with The Space Between Worlds was that I would find myself just waiting for more science fiction or techy type of stuff to actually happen in the story as it felt more about the politics of the world.  This one is also supposed to be an adult read but I had to keep reminding myself of that because the character felt more like a teenager in young adult. So really when done I think this just deserved way more world/character building to give a reader the right mindset for the story. 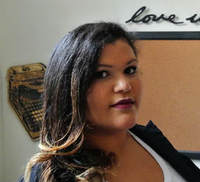 She received her Bachelor of Arts in creative writing from the University of California, Riverside and her Master of Fine Arts in fiction from Rutgers-Camden. She now studies American Literature at Vanderbilt University where she focuses on critical race theory… and automatons.

← The Wars Between US by J.A. Boulet blog tour with giveaway
No Bad Deed by Heather Chavez #bookreview #thriller →