The Woman on the Beach by Julia Roberts #bookreview #drama #mystery 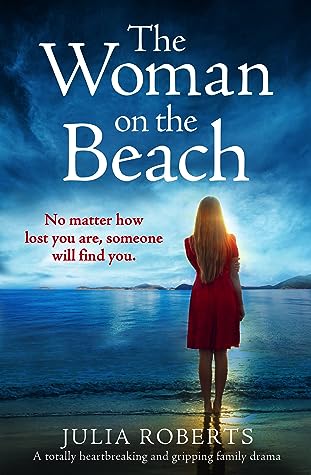 Title: The Woman on the Beach

I was so sure I saw Sophie on the beach that day. But it couldn’t be her. Sophie’s dead…

Ever since we swore to be best friends at school, Sophie was there for me. When she married my brother, she became family. We shared everything.

At least I thought we did.

After she died, I was devastated. Everyone else has moved on, but I can’t. She was so quiet, those last few months. I’m sure there is something I don’t know…

Now I’m standing on the beach we visited when we were younger, and there’s a woman with long blond hair a few metres away, playing with a dog in the sunshine. She turns, and I see Sophie.

Heart racing, I run after her, but before I can reach her she’s vanished, leaving only footprints in the sand.

It can’t be Sophie… Can it? And do I want to know, if the answer will destroy everything?

A gripping emotional page-turner about the ways we lie to ourselves and how love and hope can heal us. Fans of Amanda Prowse, Liane Moriarty and Susan Lewis will absolutely love The Woman on the Beach.

I picked up The Woman on the Beach by Julia Roberts when I saw the tagline gripping family drama, that to me sounded a bit like a popcorn read watching everyone’s problems unfold. However, after reading this one I’d more call it a psychological drama which was perfectly fine too as once invested I fell right into trying to figure out who was lying or telling the truth and who to trust.

The story revolves around Liv who was once best friends with Grace and Sophie becoming friends as children. Sophie had even married Liv’s brother and Liv was in their wedding then Liv married her brother’s best friend so you can imagine how close these women were. However, Sophie and Grace were involved in a horrific accident where Sophie did not survive and Grace withdrew from everyone leaving her friends and family behind.

Liv was left to cope with all the loss on her own all the while having even more pain in her life on top of losing her friends. Once Liv’s marriage becomes in danger she decides to take a trip to a place she’d once traveled with Grace and Sophie to reflect when she spies a woman on the beach that looks just like Sophie. Liv knows that the woman just couldn’t be Sophie but the resemblance really shocks her and before she knows it the woman is gone and Liv heads back home.

As much as the description for the book intrigued me I also picked this one up because I have read Julia Roberts before and have enjoyed her books. This story took a little warming up to in the beginning switching between the points of view in different timelines but despite the slower start I did become completely invested in the characters and story. I loved the psychological aspect of this one and just waited for the twists that I knew would be coming and they certainly did come along and turned this one into something I wasn’t expecting at all which was certainly a gripping ride. 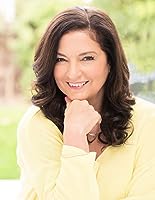 Julia Roberts self-published her first novel in 2015, Life’s a Beach and Then, the first part of the Liberty Sands Trilogy, followed by books two and three in the trilogy and the stand-alone, Alice in Theatreland, before signing a three book deal with Bookouture, under the name J G Roberts, for a detective/crime/thriller series centred around DCI Rachel Hart.

Little Girl Missing, was published in June 2019, followed by What He Did and Why She Died. She has now re-signed with Bookouture as Julia Roberts for two emotional heartbreakers; the first one, My Mother’s Secret, is publishing in January 2021 and is available now on pre-order.

Born in Nottingham, Julia travelled the world working as a professional dancer, singer and TV presenter, experience she was able to call on when developing the character of travel blogger, Holly, for her Liberty Sands trilogy.

Following roles as a hostess on the The Price is Right and a member of the Beadle’s About hit squad, she auditioned as a presenter for QVC, and launched the American shopping channel in the UK where she still works full-time.

She has two grown-up children who are in part responsible for her becoming a novelist. On Mother’s Day 2013, they gave her a notebook with words ‘Hold On People… I’m Having An Idea’, on the cover. On the first morning of a much-needed holiday in Mauritius, following a year of treatment for Chronic Myeloid Leukaemia, Julia had just that – the idea for her first novel.