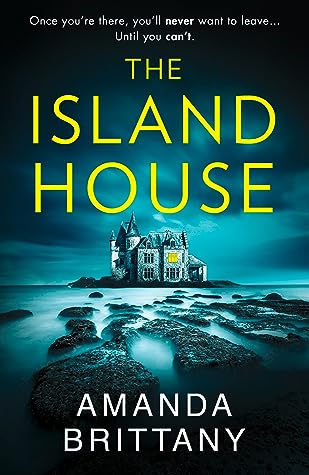 When Alice’s father dies after a tragic hit and run, his death stirs up unanswered questions about her childhood. Who was her mother, why did her father never speak of the past, and why can’t she remember anything before the age of seven?

AN ISLAND CUT OFF

But when she receives an anonymous letter containing a photograph of a refurbished gothic guest house surrounded by water, and an invitation to stay, old memories fight to resurface.

Alice has visited before. She is certain of it.

Convinced the clues to her past lie at the hotel, she checks in. But once on the island, a wild storm rages, waves crash violently into the rocks, and the house is cut off by the roaring sea.

Then two guests are found dead. And the hotel owner is missing. Will Alice ever uncover her secret past?

And will anyone leave the island alive?

An utterly gripping thriller that will leave you reading long into the night! Fans of The Guest List and The Sanatorium will love this nail-biting read.

The Island House by Amanda Brittany is a thriller read that has a gothic touch to the setting. The story is another that is told from different timelines and differing points of view in those timelines.

Alice Hadley is a sculptor who has just lost her father in a hit and run accident and is not sure how to go about life without him. Alice has always had strange nightmares and doesn’t have many memories of her childhood so when she gets an invitation to stay at a secluded island hotel that seems her father might have once been she accepts hoping to get a glimpse of her own past.

The Island House by Amanda Brittany was another novel that I had some ups and downs with while reading. First, I’d say the setting of this one was excellent. The creepy gothic hotel on a remote island was definitely one thing that had me hooked into the tale. I almost seemed more entertained by the chapters of the past than I was of the current though. I felt while reading that the beginning with Alice was a little slow and then I kind of wanted more to happen in the current storyline too. There were parts I would warn are almost tipping this one into horror too which I actually didn’t mind but some readers may think is a bit much. Overall, I’d say this one ended at three and a half stars for me. 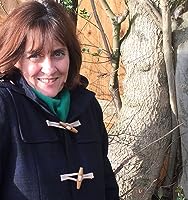 Amanda Brittany is the best selling author of five psychological crime thrillers HER LAST LIE, TELL THE TRUTH, TRACES OF HER, I LIE IN WAIT and THE ISLAND HOUSE.

Her debut, HER LAST LIE is being made into a film supported by Creative Scotland, and she has raised almost £8500 for Cancer Research UK from her eBook royalties, in memory of her sister.

Amanda lives in Hertfordshire with her husband and two crazy, cute dogs. When she’s not writing, she loves spending time with her family and friends, travelling, walking her dogs, reading & sunny days. Though, since childhood, she has loved the snow, which features in HER LAST LIE & I LIE IN WAIT

She also writes psychological suspense novels with Karen Clarke. The THE SECRET SISTER and THE PERFECT NANNY are out now, and the writing duo are presently working on their third novel.