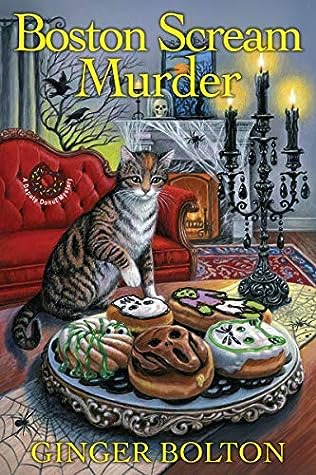 Halloween in the small town of Fallingbrook, Wisconsin, is the perfect season for Deputy Donut owner Emily Westhill to unmask a killer.

October 31 is just around the corner and Emily Westhill’s Boston cream donuts, carved with a scream, have made an indelible impression on local eccentric Rich Royalson. So much so that he’s ordered three dozen, with no screaming faces and twice the fudge frosting, for his seventieth birthday—a special event in more ways than one. It’s to be held on fog-shrouded Lake Fleekom where, twenty years ago, his wife mysteriously drowned.

But the next day, when Emily arrives with her Boston cream donuts, she stumbles upon Rich’s corpse. The poor guy wanted a unique birthday bash—just not one to the side of his skull. With a guest list of possible perpetrators left at the scene, Emily soon discovers that the Royalson closet is rattling with skeletons. As the fog thickens, motives mount, and the tricks outnumber the treats, Emily fears that Rich may not be the last one in Fallingbrook to go out screaming.

Boston Scream Murder by Ginger Bolton is the fourth installment of the cozy Deputy Donut Mystery series. As with most cozy mystery series each book of this series can be enjoyed as a standalone with the mystery being completely solved within each book. Of course there is some character building that carries over from book to book for those that follow the series from the beginning.

Although Emily thought opening a donut shop would be safe she keeps finding herself mixed up in solving murders. This time around it’s Halloween in Fallingbrook and Emily is serving up her scariest treats in the donut shop. A local, Rich Royalson, has ordered up some of Emily’s Boston Scream donuts for his birthday celebration but as Emily brings the donuts she stumbles across Rich’s body and Emily can’t help but jump in and try to find the murderer yet again.

I have been following the Deputy Donut mystery series from the beginning and quite like the characters and mysteries in each installment. I love the fact that the main character has such a deep connection to law enforcement herself even if she isn’t a police officer. This one isn’t quite as quirky and humorous as some that I follow but it has won me over anyway and I will continue to follow along as long as the series keeps continuing. 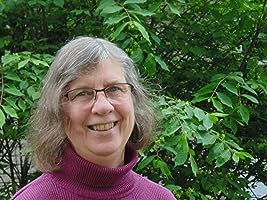 Ginger Bolton is the pseudonym of an Agatha-nominated cozy mystery author. She is the author of Survival of the Fritters and Goodbye Cruller World in the Deputy Donut Mystery series, and is very fond of donuts, coffee, and coffee shops that encourage patrons to linger and chat. Ginger lives in a rural area surrounded by cozy villages. When she isn’t reading, writing, or daydreaming while gazing out windows, she walks her dogs, plays an electric piano (she uses earphones so as not to frighten the wildlife), creates minor disasters in her kitchen, and, very occasionally, takes part in local amateur theater productions, which, intended or not, become comedies.

← On Mission by Aileen Erin blitz with giveaway
Cover Reveal: Written For You by Robin Bielman →