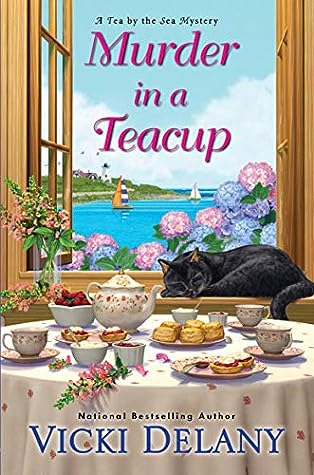 Title: Murder in a Teacup

Lily has her work cut out for her when a visit from her grandmother Rose’s dear friend, Sandra McHenry, turns into an unexpected—and unpleasant—McHenry family reunion. The squabbling boils over and soon Tea by the Sea’s serene afternoon service resembles the proverbial tempest in a teapot. Somehow, Lily and her tearoom survive the storm, and Sandra’s bickering brethren finally retreat to Rose’s B&B. But later that evening, a member of their party—curmudgeonly Ed French—dies from an apparent poisoning and suddenly Tea by the Sea is both scene and suspect in a murder investigation!

Mercifully, none of the other guests fall ill. They all ate the same food, but Ed always insisted on bringing his own special blend of herbal teas. So it seems, amid the whining and dining, someone snuck up to one of Lily’s cherished teapots and fatally spiked Ed’s bespoke brew, but who? Was it Ed’s long-estranged sister-in-law? Did teenage troublemaker Tyler take a prank too far? Or perhaps the family’s feuds have been steeping for longer than anyone realizes? It’s up to Lily, Rose, and their friends to get to the bottom of the poisoned pot and bag the real culprit behind the kettle murder plot.

Murder in a Teacup by Vicki Delany is the second book in the cozy Tea by the Sea Mysteries series. As with most cozies each book of the series will contain a new mystery that will solved so this could be read as a standalone if choosing to do so. Of course there will be character development that carries over from book to book for those that read the series from the beginning.

Some days Lily Roberts doesn’t know what keeps her busier, running her own business, Tea by the Sea, a traditional English tearoom, or keeping up with her feisty grandmother. Thankfully for Lily her tearoom is right by her grandmother Rose’s bed and breakfast so most days she can do both.

And old friend of Rose has decided to visit and has brought most of her family along with her. Lily hosts the group in her tearoom before they head back to her grandmother Rose’s B&B. Later that night one of the guests begins to fall ill and after he passes away Lily’s tearoom falls under suspicion. With the police looking her way Lily vows to find out who actually poisoned her customer’s tea before she ends up behind bars herself.

The Tea by the Sea Mysteries series is another that I started at the beginning and with returning I felt back at home with the characters. This is one of those series that while you follow along and try to solve the mystery you will also be chuckling along the way. When you combine the mystery and humor with a wonderful setting I find myself enjoying every minute I spend reading and will definitely return. 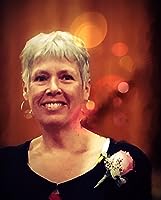 Vicki Delany is one of Canada’s most prolific and varied crime writers and a national bestseller in the US. She is currently writing four cozy mystery series: The Tea by the Sea mysteries, the Sherlock Holmes Bookshop series, the Year Round Christmas mysteries, and as Eva Gates, the Lighthouse Library series. A past president of the Crime Writers of Canada and a co-organizer of Women Killing it, a crime writing festival, her work has been nominated for the Derringer, the Bony Blithe, the Ontario Library Association Golden Oak, and the Arthur Ellis Awards. She is the recipient of the 2019 Derrick Murdoch Award for contributions to Canadian crime writing. Vicki lives and writes in bucolic Prince Edward County, Ontario and can be found online at VickiDelany.com.