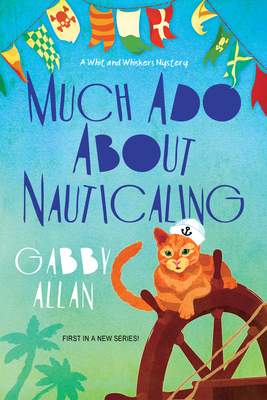 Title: Much Ado about Nauticaling

Whitney Dagner is your tour guide to a Pacific paradise that’s to die for–only to find it’s a place people are also willing to kill for–in Gabby Allan’s Much Ado About Nauticaling, first in the Whit and Whiskers Mystery series.

After far too many years in the Los Angeles corporate world, Whitney Dagner has come home to Santa Catalina Island off the California coast to help her brother Nick run Nautically Yours, the family tourism business. Between gift shop shifts selling all manner of T-shirts and tchotchkes and keeping her feline Whiskers in fine fettle, she pilots the Sea Bounder, a glass bottom boat showing tourists the underwater sights of aquatic plants, marine life–and a murder victim?

The self-proclaimed “Master of the Island,” Jules Tisdale was a wealthy man with business interests throughout Catalina who was about to be honored as Person of the Year before someone strangled him with his own tie and tossed his body into the water. That someone appears to be Nick, who had a raw deal from Jules and no alibi the night of his murder. To clear her brother’s name, Whit will have to investigate Jules’ shady associates and not exactly grief-stricken family members–with the unwelcome help of Felix Ramirez, police diver and Whit’s ex-boyfriend who’s looking to rekindle their relationship.

Much Ado about Nauticaling by Gabby Allan is the first book in the new cozy Whit and Whiskers Mystery series. As with most cozy mystery series each of the books in the series will contain their own mystery that will be fully solved so they can be read as a standalone if choosing to do so. The character development from each book will carry over though for those that wish to continue the series.

The Whit and Whiskers Mystery series introduced readers to Whitney Dagner who has chosen to leave her high pressure corporate life in Los Angeles. Whitney has returned to the small island of Santa Catalina just off the California coast where her family has been running their business, Nautically Yours. Whitney and her brother, Nick, are taking over the operation of the business.

Just as Whitney is getting into the swing of her shifts in the gift shop and manning the tours aboard their glass bottom boat, the Sea Bounder, she finds a body has washed up under the boat.  Unfortunately everyone on the island is familiar with Jules Tisdale, the victim, and that goes double for Whitney’s brother who doesn’t have an alibi and seems to have a reason to want Mr Tisdale gone. Not only does Whitney have to find a murderer she has to deal with her ex, Felix Ramirez, who is now a policeman on the small island.

I keep telling myself I don’t need to start anymore cozy series but yet here I am again with Much Ado about Nauticaling but who could resist that cute cover? Well, obviously I couldn’t being a love of all things island-y and cute kitties. This was a nice start to the series and I really enjoyed getting to know Whitney and the small town/island setting. The series isn’t overly quirky but just enough that it does have it’s humorous moments and I’ll be interested to see if the author adds to the romance side of the story with the old love interest so I’ll definitely return for book two. 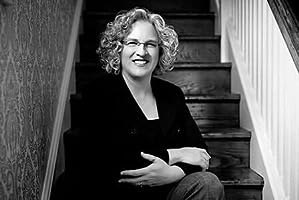 GABBY ALLAN is a California girl who now lives with her husband, daughter, and two insane dogs in Central Pennsylvania. A member of Sisters in Crime, she’s previously published romances and cozy mysteries under another penname.