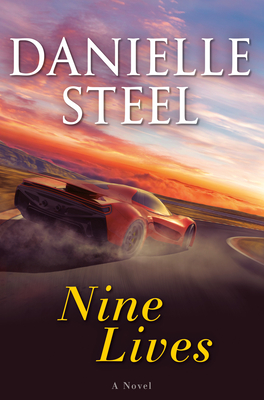 A woman who longs to avoid risk at all cost learns that men who love danger are the most exciting in this moving novel from New York Times bestselling author Danielle Steel.

After a carefree childhood, Mary Margaret Kelly came of age in the shadow of grief. Her father, a dashing daredevil Air Force pilot, died when she was nine. Maggie saw her mother struggle to put their lives back together. As the family moved from one city to the next, her mother warned her to beware of daredevil men and avoid risk at all cost.

Following her mother’s advice, and forgoing the magic of first love with a high school boyfriend who was too wild to feel safe, Maggie instead sought out all the things her mother had lost—a predictable partner, a stable home, and a regular paycheck. She chose to marry a dependable, kind man who was a reliable husband and successful accountant. Together they had a son and found happiness in a conventional suburban life. Until tragedy struck again.

Now on her own, feeling a sense of adventure for the first time, Maggie decides to face her fears, setting off on a whirlwind trip from San Francisco to Rome, Paris, and Monaco. But when her travels reconnect her with the very same irresistible, thrill-seeking man she’s spent thirty years trying to forget, Maggie becomes terrified that rushing into love and sharing his life may very well end in disaster. But ultimately, while Maggie tries to outrun her fears and painful memories of her past, fate will surprise her in the most astounding of ways, as she walks the tightrope between danger and courage, and between wisdom and love.

Nine Lives is another romantic women’s fiction title by Danielle Steel who has been publishing books for as long as I can remember. This is another in her typical fast paced style that spans decades in the protagonist’s lifetime.

Mary Margaret Kelly was the daughter of an Air Force pilot who lost her father early in life to a tragic accident. Maggie then watched her mother go through the pain of losing the love of her life and that stuck with Maggie. As a teen Maggie had dated a boy who loved danger and adrenaline very much like Maggie’s father so she did the responsible thing and ended the relationship not wanting to end up like her mother.

Maggie went on with her life and met a man who was responsible and safe and they had a good life together building their own family. Maggie’s safe world was shattered however when she and her husband were in an airplane crash leaving Maggie widowed far too early. With her husband’s careful planning during their marriage Maggie finds herself with a small fortune and on the advice of a friend begins to travel on her own only to cross paths with that daring boy, now a man, she had loved in high school.

Danielle Steel definitely has a style of writing that may not be for everyone as it always feels she speeds through parts of her novels giving it an info dump feel in places. I keep coming back to her books though as sometimes I fall in love with the stories but this time that didn’t quite happen. I could not really shake the thought of the protagonist in this one being so set on her ideas of danger being wrong just being to the extreme. I liked the characters and story well enough but I wasn’t sold on rooting for the relationship working either due to Maggie’s beliefs so this one ended up just so-so for me.

Danielle Steel has been hailed as one of the world’s bestselling authors, with almost a billion copies of her novels sold. Her many international bestsellers include Finding Ashley, The Affair, Neighbors, All That Glitters, Royal, Daddy’s Girls, and other highly acclaimed novels. She is also the author of His Bright Light, the story of her son Nick Traina’s life and death; A Gift of Hope, a memoir of her work with the homeless; Expect a Miracle, a book of her favorite quotations for inspiration and comfort; Pure Joy, about the dogs she and her family have loved; and the children’s books Pretty Minnie in Paris and Pretty Minnie in Hollywood.