You Love Me (You #3) by Caroline Kepnes #bookreview #thriller 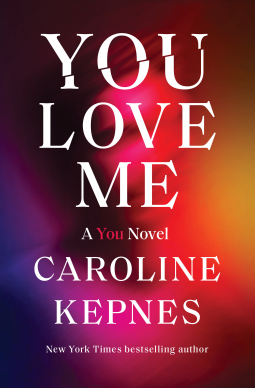 Title: You Love Me

Joe Goldberg is done with the cities. He’s done with the muck and the posers, done with Love. Now he’s saying hello to nature, to simple pleasures on a cozy island in the Pacific Northwest. For the first time in a long time, he can just breathe.

He gets a job at the local library—he does know a thing or two about books—and that’s where he meets her: Mary Kay DiMarco. Librarian. Joe won’t meddle, he will not obsess. He’ll win her the old-fashioned way . . . by providing a shoulder to cry on, a helping hand. Over time, they’ll both heal their wounds and begin their happily ever after in this sleepy town.

True love can only triumph if both people are willing to make room for the real thing. Joe cleared his decks. He’s ready. And hopefully, with his encouragement and undying support, Mary Kay will do the right thing and make room for him.

Oh my gosh Joe is back again!! I love Joe, he’s my favorite fictional psychopath and I was so excited to crawl back into Joe’s head and see where life has taken him this time and boy was it yet again different from before.

You Love Me is the third book in Caroline Kepnes’s You series and it picks up Joe Goldberg’s story a little while after the ending of the second book. If you haven’t read any of the You series before I’d highly suggest starting the series from the beginning and getting to know this awesome character from there. Each of the book’s take place at a different stage in Joe’s life and it’s all best understood in order.

This time around Joe has give up big city life and has moved to a small island in the Pacific Northwest. Joe had plans for this to be the place where he would have taken his family but after a slight urging to sign away his parental rights Joe is now on his own and his eye on the local librarian as he volunteers at the library to pass his time.

I started off this series thinking I had found the creepiest, most disturbing character around. With the story being told from Joe’s thoughts as he stalked a young woman I couldn’t turn the pages fast enough being engaged and horrified all at the same time. When the second book came around I actually began to root for Joe *gasp*. Joe is witty, disturbed, mesmerizing and intoxicating and now he is almost learning some self control. I was completely hooked yet again and still rooted for him as he tried to be good, sort of, maybe and even having read three novels I still am addicted to his unique way of viewing the world. 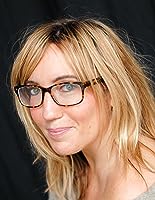 Caroline Kepnes is the author of YOU, HIDDEN BODIES and PROVIDENCE. The hit Netflix series You is an adaptation of her debut novel. The upcoming second is based on her sequel HIDDEN BODIES.

Caroline was born and raised on Cape Cod, Massachusetts. When she was in high school, Sassy Magazine gave her short story an Honorable Mention in their Fabulous Fiction Contest. They also gave her a Smith Corona typewriter.

After graduating from Brown University, Caroline continued writing short stories (on her computer, sorry typewriter) while embarking on a career in pop culture journalism first at Tiger Beat, then at Entertainment Weekly. She also worked as a TV writer on 7th Heaven and The Secret Life of the American Teenager.

Caroline now lives in a quaint neighborhood in Los Angeles. She goes home to Cape Cod every chance she gets.