Such a Good Wife by Seraphina Nova Glass #bookreview #Thriller 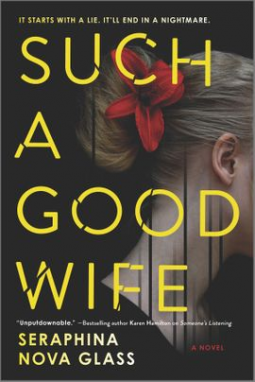 Title: Such a Good Wife

Betrayal was just the beginning…

Melanie Hale is a devoted mother to her two children, a diligent caregiver to her ailing mother-in-law and a trusted neighbor in their wealthy Louisiana community. Above all, she’s a loving partner to her wonderful husband, Collin.

Then there are the parts of herself that Mel keeps hidden. She’s exhausted, worried and unfulfilled. So much so that one night, after a writers’ group meeting, Mel begins an affair with a successful local author named Luke. Suddenly she’s transformed into a role she doesn’t recognize—a woman who deceives with unseemly ease. A woman who might be capable of just about anything.

When Mel finds Luke’s dead body in his lavish rented house, she realizes just how high the stakes have become. Not only does she have to keep her affair a secret in order to preserve her marriage, but she desperately needs to avoid being implicated in Luke’s death. But who would want to kill him? Who else in her life is keeping secrets? And most terrifying of all, how far will they—and she—go to keep those secrets hidden?

Such a Good Wife by Seraphina Nova Glass is a thriller read that really gives away what you will get simply by the title. Melanie Hale is our main character who we are to believe is such a good wife. Melanie is the type of woman that others envy looking as if she has it all, two wonderful children and a loving husband. What more could Melanie possibly need?

Melanie however isn’t as happy as she seems on the outside. One day Melanie decides to do something for herself and attend a local writer’s group hoping for a bit of inspiration in her life and her writing. However, after the meeting Melanie finds herself flirting with Luke, a charming writer who Melanie somewhat envies his exciting life style.

Melanie doesn’t quite know why or how she ended up in an affair with Luke or how to break things off now that it has happened. Sneaking moments with Luke became too addicting and Melanie knows she needs to call it off before she ruins her family and marriage but when Melanie walks in and finds Luke’s dead body she panics and runs and now Melanie lives in fear of anyone connecting her to Luke.

Such a Good Wife is another thriller that for me had it’s positives and it’s negatives while reading. The book really was a slow burner as it spends a lot of time on Melanie contemplating the affair and really seemed to drag that all out. The book for me did pick up though and have me engaged in the whodunnit all of the story and I thought it wrapped up in a twisted and fascinating way which I liked. Overall I’m giving this one three and a half stars. 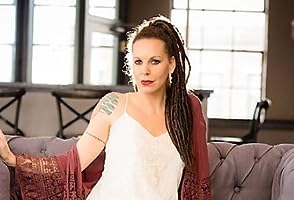 Seraphina Nova Glass is an Assistant Professor of Instruction and Playwright-In-Residence at the University of Texas, Arlington where she teaches Film Studies and Playwriting.

She holds an MFA degree in Dramatic Writing from Smith College, and a second MFA in Directing from the University of Idaho. She’s also a screenwriter and award-winning playwright.

Seraphina has had the opportunity to travel the world using theatre and film as a teaching tool, living in South Africa, Guam, and Kenya as a volunteer teacher, AIDS relief worker, and documentary filmmaker.