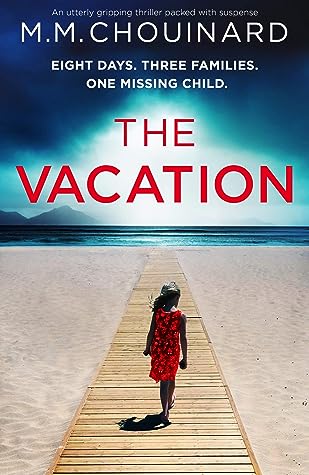 The Thanksgiving retreat was meant to be a time for them to get away from it all, miles from the secrets that threaten to tear their family apart. But they’re each hiding something:

Rose hopes the pretty house overlooking the sea is just the break her family needs. But as she gazes at the water and remembers her own childhood, she is utterly terrified.

Brandon knows his wife Rose has barely forgiven him for his affair. He’s started drinking again, a road that led him to disaster once before.

Brianna, Rose’s sister-in-law, is recovering from her fifth miscarriage, and when she looks at her adorable niece, she can’t help but see the daughter she deserves.

Then three-year-old Lily disappears from her bed in the villa. Isolated in what should have been paradise, it quickly becomes clear that one of them took her.

As one by one their secrets are uncovered, who will be destroyed next?

A completely addictive thriller about every parent’s worst nightmare that will keep you guessing into the early hours of the morning. Perfect for fans of The Guest List, One by One and The Sister-in-Law.

The Vacation by M.M. Chouinard is a thriller that is for those that like to read and book and at the end ask themselves “What the heck did I just read??” As a reader that likes to guess how things will go along the way I love to find books that even I can’t imagine a scenario that comes close to what the author has come up with and this was one of those.

The story is set in Jamaica as three different couples get together with their families for the Thanksgiving holiday. Everyone has come together in a huge rented villa and the children have been put to bed for the night with the adults having a few cocktails while playing games. The adults have taken turns checking on the children through the night but at the latest check three year old Lily has disappeared. With other children missing from the island a ransom note or call is expected but when it doesn’t come police begin to suspect one of the vacationing party.

This book is one that could have those attention grabbing taglines because it really was one twisty thrill ride. The story was told from multiple points of view from unreliable characters that will make you question every move. It also has flashbacks to build the story of all involved but despite different POVs and timelines it was easy to follow and an incredibly addictive story that I never wanted to put down with an ending that was hard to imagine even after it came. 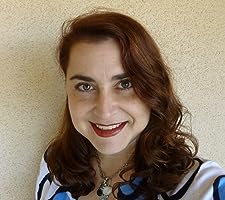 M.M. Chouinard writes crime fiction (including suspense, procedurals, and cozies), and women’s fiction. M.M. Chouinard’s first fiction story was published in her local paper when she was eight, and she fell in love with Agatha Christie novels not long after. While pursuing a Ph.D in psychology and helping to found the first U.S. research university of the new millenium, the stories kept rattling around inside her skull, demanding to come out. For sanity’s sake, she released them.

4 Comments on “The Vacation by M.M. Chouinard #bookreview #thriller #suspense”