The Moon Over Kilmore Quay by Carmel Harrington #bookreview #womensfiction 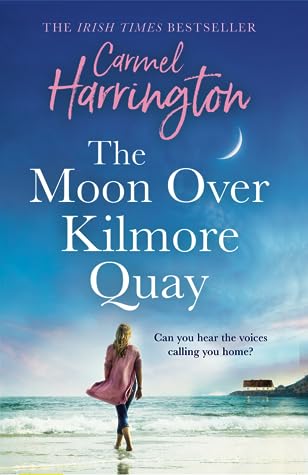 Title: The Moon Over Kilmore Quay

They say home is where the heart is, yet somehow my heart is split in two. New York, the city I live in and love, and Ireland, the home of my ancestors—somewhere I have lived only in my dreams. And now I have no choice but to go looking…

In the letter, she’d wished for many things. To never lose touch with her two best friends. For her father to be happier. To one day go back to the picturesque Irish village of Kilmore Quay, so she could find out more about her mother who’d died when Bea was tiny. Bea had also dreamed that she’d one day find love—even if her heart is too fragile since losing Dan to think about that right now.

Impulsively she starts writing new little wishes in the margins of the letter. But as the moon goes down over New York City and another year begins, a little magic seems to be in the air. And, as shocking family secrets come to light and Bea finds herself having to travel to Kilmore Quay at last, some of those wishes start to feel like they really could come true.

Even if fate has one last twist in store…

An absolutely gripping and powerful story that will break your heart into thousands of tiny pieces, perfect for fans of Jojo Moyes, Maeve Binchy and Jean Grainger.

The Moon Over Kilmore Quay by Carmel Harrington is a women’s fiction title that by the end will put a reader through the emotional wringer. The story is told in two different timelines following two characters. Bea O’Connor is the main character in the present time in America while there are also flashes back to the 90s to Lucy in Kilmore Quay.

Bea barely remembers the time that her teacher requested that her students write a letter to their future selves but when that time capsule is unlocked and the letter shows up Bea finds herself looking back at her life. As Bea is reading her childhood thoughts she picks up a pen and writes a note to her past self. Little did Bea know that somehow as she slept that night her message would bring about a change in her current life.

In the early 90s Lucy and her two best friends were just beginning their adult lives when they heard about an opportunity to move to America. Lucy isn’t sure she wants to leave Kilmore Quay behind her but her sister is adamant that they apply for the program. When the news comes in Lucy and her sister find that they are accepted and pack to head overseas.

The Moon Over Kilmore Quay was a novel that called forward about every emotion over the course of the book for me. The letter from the past gave the book a fun, light hearted feel but as it goes along it goes so much deeper into family and friendships as the secrets of the past were uncovered. I have to say there was only one small thing with the missing person case that held me back from awarding all the stars but that is minor to the central storyline so I’d definitely recommend this one to those that enjoy and emotional story. 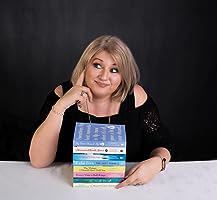 Hello and welcome to Carmel Harrington’s author page! If you click the yellow ‘Follow’ button, Amazon will send you an email when Carmel has a new release, or if there’s a special deal you might be interested in.

Carmel Harrington is from Co. Wexford, where she lives with her husband, her children and their rescue dog, George Bailey. An Irish Times bestseller and regular panellist on radio and TV, her warm and emotional storytelling has captured the hearts of readers worldwide.

Carmel’s novels have been shortlisted for an Irish Book Award in 2016 & 2017 and her debut won Kindle Book of the Year and Romantic eBook of the Year in 2013. Her ninth novel, The Moon Over Kilmore Quay goes on sale in May 21′. Her recent books include My Pear-Shaped Life, A Thousand Roads Home, and the official ITV novel Cold Feet: The Lost Years.

← Mrs. Morris and the Ghost of Christmas Past (A Salem B&B Mystery #3) by Traci Wilton #bookreview #mystery
Play For Me by Tam DeRudder Jackson blitz with giveaway →