Discover the secrets of Caldonbrae Hall in this riveting, modern gothic debut set at an all girls’ boarding school perched on a craggy Scottish peninsula.

For 150 years, high above rocky Scottish cliffs, Caldonbrae Hall has sat untouched, a beacon of excellence in an old ancestral castle. A boarding school for girls, it promises that the young women lucky enough to be admitted will emerge “resilient and ready to serve society.”

Into its illustrious midst steps Rose Christie: a 26-year-old Classics teacher, Caldonbrae’s new head of the department, and the first hire for the school in over a decade. At first, Rose is overwhelmed to be invited into this institution, whose prestige is unrivaled. But she quickly discovers that behind the school’s elitist veneer lies an impenetrable, starkly traditional culture that she struggles to reconcile with her modernist beliefs–not to mention her commitment to educating “girls for the future.”

It also doesn’t take long for Rose to suspect that there’s more to the secret circumstances surrounding the abrupt departure of her predecessor–a woman whose ghost lingers everywhere–than anyone is willing to let on. In her search for this mysterious former teacher, Rose instead uncovers the darkness that beats at the heart of Caldonbrae, forcing her to confront the true extent of the school’s nefarious purpose, and her own role in perpetuating it.

A darkly feminist tale pitched against a haunting backdrop, and populated by an electrifying cast of heroines, Madam will keep readers engrossed until the breathtaking conclusion.

Madam by Phoebe Wynne is a gothic historical mystery/thriller set in a boarding school on the Scottish cliffs. Of course with my love of creepy boarding school thrillers I thought I would love this one but unfortunately as the saying goes we can’t love them all.

Rose Christie is the first new teacher hired at the elite Caldonbrae Hall in over a decade. At 26 years old Rose is proud to be the new head of the classics department but stepping into the halls of Caldonbrae Hall Rose quickly begins to see not all is as it seems inside Caldonbrae Hall.

Picking up Madam I quickly started thinking that the story was not what I expected I was going to get and sometimes that is perfectly fine but not so much here. This book reminded me a lot of a young adult fantasy I read a few years back and I really enjoyed that one but this one seemed to take the same concept and make me dislike it. I really didn’t enjoy the characters in this and the story seemed to drag on with the dark material that was probably supposed to shock a reader actually just feeling dull and lifeless since I couldn’t get engrossed in this one. 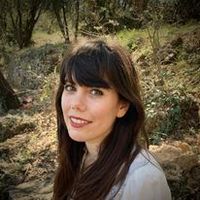 Phoebe Wynne worked in education for eight years, teaching Classics in the UK and English Language and Literature in Paris. She is both British and French, and currently spends her time between France and England. Madam is her first novel.

← The Sick Wife by Loretta Lost blitz with giveaway
Cover Reveal: A Scoundrel of Her Own by Stacy Reid →